For over two years, Utpal Jha also dealt with Line Production services intended for foreign channels and film-makers filming in Nepal through his own film company but has returned to freelancing recently 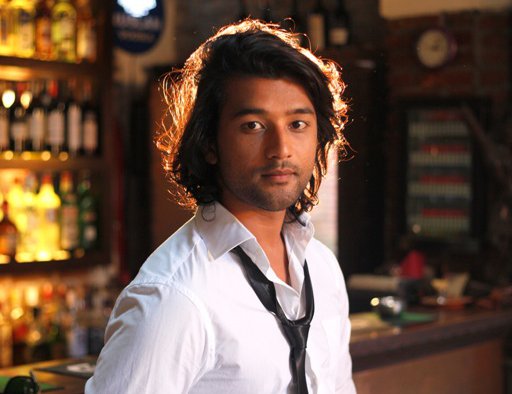 Utpal Jha, an actor, director, musician and poet, needs no introduction. A graduate with Bachelors of Film Studies from Oscar Int’l College (Specialization-Direction), ranking top in the Tribhuvan University (Humanities Faculty), and a Gold-medal to his credit, he is an actor of One World Theater. His theater experience includes performances in “Purgatory” (2011), One World Theater’s “Telling a Tale” (2013), “The Seagull” (2014), “In The Red and Brown Water”(2014), The Laramie Project(2015), Ruslan Amazing Adventure (Nepal’s first Broadway show, 2016), Arjuna’s Dilemma (Nepal’s First Fusion Opera, 2016), Nepal Britain Society’s “A Midsummer Night’s Dream, 2016), One World Theatre’s “Anna In the Tropics” (2017).

For over two years, he also dealt with Line Production services intended for foreign channels and film-makers filming in Nepal through his own film company but has returned to freelancing recently. Director and Screen Writer of numerous short films, a TVC and a music video, one of his short films ‘Wake Up’ was Nepal’s official entry into the SAARC Film Festival 2013, in the short film category and was the winner of Short Film Competition organized by Yatra Foundation. Awarded with plenty of scholarships and grants, he had released his solo debut album ‘Assasined’ as a vocalist in 2012. His graduation project “Love? Lust? Life?” was awarded with the Best Short Film Award at SAARC Film Festival 2015, "The Best Foreign Film" in The 4th Annual International Students' Cinema and TV Festival of Russia, commenced recently on April 21, 2017 and was accepted in the Short Film Corner of Cannes Film Festival, 2015. Directing and acting as one of the leads in it, his much-awaited web-series “P.S Zindagi” has been recently released. It is traveling and winning awards at various Web Festivals across the globe.

How do you see the future of alternative film and documentary in Nepal?

We are arguably going through the best period of Nepali Cinema. Our films are no more the imitations of Indian style of storytelling/ film-making as they mostly used to be. But we are researching and consequently discovering the language of Nepali cinema. In this process, all kinds of audio-visual work are instrumental. However, a special mention needs to go to the alternative films and documentaries that dare to go beyond conventions and adopt innovative methods to excavate the roots of realities and not just float on the fictional tides. The mainstream cinema, of course, caters to the business end of the industry and hence is pivotal. But the good news is that in these films too, there is an evident effort being made to touch base with our own society, its problems, its dramas and their nuances. In my opinion, the bridge between the alternative films and the mainstream ones is gradually burning and they shall soon amalgamate in one way or the other to form a common language of Nepali cinema. Is that a good thing? - this might be the question here! And I'd like to be an optimist and believe this is for the better as the alternative cinema too, will get to thrive and boast a healthy viewership thus, sustainability not being the core issue henceforth. The recent surge in the production of quality Nepali documentaries and alternative films and their recognition at the national and international level is really encouraging. This promises to hold a good future.

How do you see the challenges?

The utopian bed of roses might not be far-fetched yet there are challenges rightfully humbling us. To begin with, these films may not necessarily be the mass entertainers, hence their exhibition and reach are greatly compromised. Documentaries mostly deal with the real scenarios and even the alternative films might usually be idea-centric, thus evading popular stars and catchy songs. This factor is directly proportional to the limited funding and production. These films are inevitably the passion projects with a limited crew, resources and the possibility of return. But it is heartwarming to see the change in people's taste and sensibilities, particularly of the younger lots, who have now access to the world cinema and innumerable forms and styles to pick from. Thus the acceptance for all kinds of work seems to have increased.

What is your impression about the award?

Awards, in my opinion, are earned out of competitive circuits. They serve as tools of encouragement for all the hard work put into the projects hence are welcome, particularly coming from the recognized global events and festivals but they are not necessarily the ultimate determinants of the quality and substance of the films. Hence it's nice to bag a few if they come your way but they should not essentially be the ultimate goals. In today's world, however, the awards act the USP and few laurels on your poster certainly enhance your possibilities for a broader exhibition and distribution of your film. Thus they enhance the sustainability factor and lay the foundation for your future projects. There already are enough examples, should one look around! These answers exclusively highlight my thoughts and beliefs as an individual and a filmmaker and I don't speak representing any group or industry.