Standing On One’s Own Feet 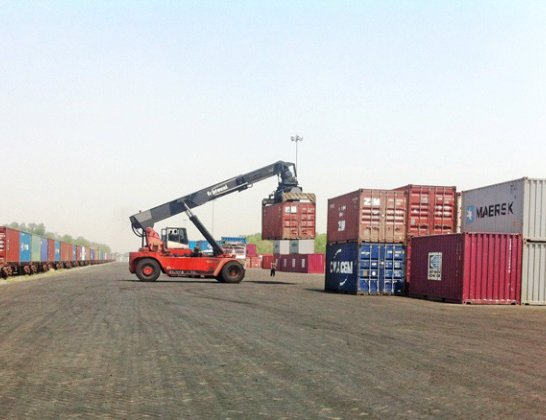 Some time ago the Social Media and TV channels in Nepal were busy flashing news of the Gorkhaland Andolan.  Now there does not seem to be much, but is this the lull before the storm?  At the very start there were images of tourists and school children departing from Darjeeling and its surroundings, fearing a food crisis.  Some demonstrators were shot and few died.  This brought to my mind the blockade of 2015 imposed on Nepal when goods stopped coming from India.  In the news recently too, was the blockade of Qatar by four of the Middle East Arabic Nations, which incidentally is still taking place, though its effects have lessened because of supply consumable items from elsewhere.

All this leads to one conclusion - the necessity of being self sufficient for all of one's requirements.  Of course this is an Utopian ideal which is not likely to be fulfilled.  After all we are in an age of  'Live and let live' in what is said to be a global world!

A recent report by the Nepal Trade Integration Strategy (NTIS) showed that the export of various items has come down this year in comparison to what it was last year.  This is a disturbing trend showing the incompetence of us Nepalis.

Another report in the first week of July by the Trade & Export Promotion Centre (TEPC) was that Nepal imports thirteen times more than it exports.  A heartening report in this connection from India later stated that following the implementation of the Goods and Services Tax in that country the import to Nepal had lessened.

Industrialisation of Nepal may be said to have started in Jung Bahadur’s time, when after visiting some factories in England, he set up a munitions factory in Kathmandu.   This trend was continued by PM Bir Shumsher after visiting some factories of British India at the then capital Calcutta.   It was perhaps this that prompted Bir’s son, Gehendra Shumsher to assemble the Ge rifle, Bir gun & Dhir Gun in early Twentieth Century.  Later Chandra Shumsher started the Chandra Jyoti Hydroelectric at Pharping and had thoughts of industrialisation of the country.  It was however Joodha who after he became PM in 1934 started factories for 'Dallo sabun' for washing clothes at Kathmandu.  Biratnagar became an industrial centre with the establishment of Morang Hydroelectric and the starting factories for the production of jute and matches.

One presumes that all this may have been done by the Rana rulers who had seen some of the industrialisation taking place in India.  However in reality the British policy was to just do the preliminary processing in India and take the semi-finished to England for final touch.  Ultimately the end product would be sent back and sold at higher profits to the locals of not only in India but also to others in colonies of the British Empire!

It was perhaps as a retaliation of this that the leaders of New India, especially Gandhi, Nehru and Patel gave their call to use Swadeshi goods on a countrywide basis. Khaddar became the norm for the politicians to wear as they went about politicking around the country.  Those in higher echelons, habituated to use to products from England, complained that the goods produced in India were shoddy and that many of consumer items were way below standard.  Now seventy years after Independence from Britain many 'Make in India' products have improved and are being exported to many countries including Nepal.

It was during the times of Kings Mahendra and Birendra that the thought occurred for being self sufficient in simple consumer items such as soaps, matches, biscuits for which there was an ever present demand should be produced in the country.  It became a national desire, was tried, but alas did not succeed for the simple reason that the appetite of the Nepali had been whetted by imports of 'foren' lands!  Ordinary goods produced within the country do not satisfy us anymore.  Items bought on the pavements of Bangkok and Singapore, the rejects of clothing or even electronics always find an ever ready market amongst the shoppers of Kathmandu, Pokhara and many towns in the Madesh.  The cash accounting tills of the Supermarkets are happy to hear the continuous 'Ting' at the paying counters.  A heartening news flash in this atmosphere of gloom is that Nepal is said to be almost self sufficient in the production of eggs and milk for internal consumption.

Dhaka topis and labeda suruwals at times of weddings are catching on.  Whilst the initial glamour of topis exists, we need to ensure the quality of the products so that they continue to used items and not throwaways by the locals.

Whilst reviewing this entire situation one must remember that Singapore as a country imports almost everything that it requires.  The cost of all this is offset by the earnings that accrues from its shipping lines and the services that it provides to this sector.  In the context of Nepal the cost of everything that we import is being offset by the remittances of Nepalis working in the Gulf and Malaysia.  They are our countrymen risking their lives so that the foreign exchange sent back by them is utilised for our needs to import luxury items and cars for us all.  Is this fair?   This is however a situation that cannot go on forever and has to be relieved at the earliest.  The export of electricity to our neighbours has been touted as an answer but is taking ages to develop.  The tendency of the ones awarded the licences has been to mark time only, to sell it to another without even starting work!

Oxford Vaccine Will Be Available In India Very Soon: Serum Institute Of India (SII) By Agencies 1 day, 15 hours ago