Trapped In Modern Slavery: A Case Of Nepal

An estimated 40 million people, mostly women and girls, are trapped in modern slavery and 152 million children are subject to forced labor or one in 10 globally, a recent UN report has revealed. 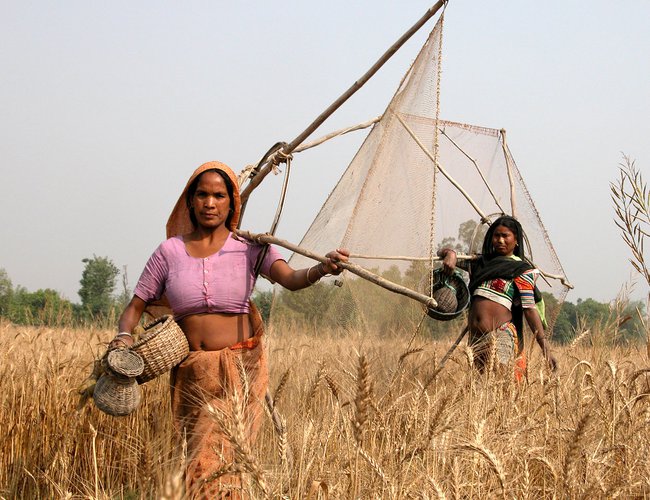 Slavery has ancient roots but it continues today in different forms in almost every country in the world. Modern slavery is used to describe situations where someone is forced to work or marry and cannot refuse or leave because of threats, coercion, violence, deception, etc. The most common forms of modern slavery are forced labor, bonded labor, human trafficking, descent-based slavery, child slavery, child soldier and forced and early marriage.

An estimated 40 million people, mostly women and girls, are trapped in modern slavery and 152 million children are subject to forced labor or one in 10 globally, a recent UN report has revealed. The majority of them are living in Africa, followed by Asia and the Pacific. This is enough to speak exploitations and inequalities in the world challenging the global agenda, leaving no one behind, under the Sustainable Development Goals (SDGs).

A number of studies have shown that people who live in poverty and have limited opportunities for decent work are trapped in modern slavery. In addition to economic constraints, a lack of education, discriminatory social hierarchies and, social norms and religious practices are also the contributing factors.

The studies have also revealed that modern slavery is more likely to occur where the rule of law is weak, governance is poor and corruption is high.  Further, women and girls from poor and marginalized families are particularly vulnerable to disaster risks and climate change. All these drivers of modern slavery exist in Nepal at different levels.

Nepal has 13th highest prevalence rate with estimated 234,600 numbers of enslaved. Nepal is considered a source, transit and destination country for men, women and children in modern slavery. Historical forms of bonded labor persist in agriculture and cattle rearing, and forced labor in brick kilns, stone breaking, night entertainment, domestic works, restaurant and embroidered textiles are prevalent. These exploitations are complex human rights challenges in our context where legal enforcement is weak and impunity is high, without much economic opportunities.

So what do we do to tackle modern slavery?

-        Strengthen legal framework, and ratify the UN Protocol to Prevent, Suppress and Punish Trafficking in Persons, Especially Women and Children, the Convention on the Rights of Migrant Workers and their families, and the ILO Domestic Workers Convention.

-        Improve performance of law enforcement officials with regards to investigations and treatment of victims. As well, ensure access to legal aid and compensation for victims.

-        Engage business associations and businesses to create code of conduct for their members and staff.

-        Improve research and disaggregated database of people in modern slavery, and include informed plans and programs in local government operation.

Modern slavery is all around us, but most people don’t even realize it and some others ignore it. Let us all fight against modern slavery. We all have joint responsibility.

Dr. Manandhar is an expert of international development. Currently, he is working as Country Director of The Lutheran World Federation. He is the Convener of ACT Alliance Nepal Forum and the former Chair of Association of International NGOs in Nepal (AIN). He is also a visiting faculty at the Kathmandu University. He can be reached at prabin.manandhar11@gmail.com

Why It’s In India’s Interest To Quell The Political Crisis In Nepal By Ranjit Rae 6 days, 23 hours ago