At a time when a clear majority with him, Prime Minister Sher Bahadur Deuba is preparing to sack ministers representing CPN (Maoist Center). 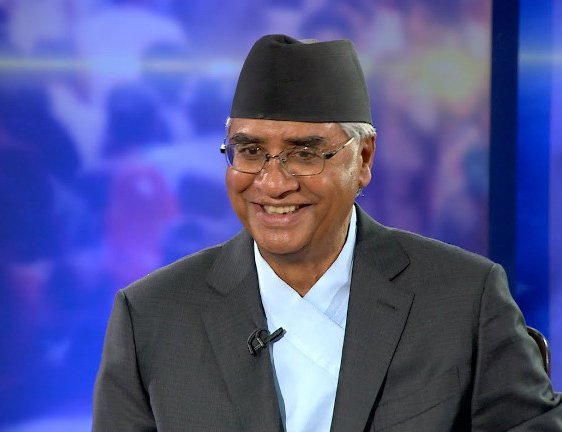 With no majority on their side, newly formed communist collation is pushing their agenda for tabling the vote of no-confidence for now and pursuing to continue the present coalition. However, close aids of prime minister Sher Bahadur Deuba are pressuring him to sack the ministers representing Maoist center.

At a time when Maoist ministers are taking key portfolio including Ministry of Home Affairs, Foreign, and Supply, Nepali Congress see a major threat to democratic candidates in the elections.

At a time when a clear majority with him, Prime Minister Sher Bahadur Deuba is preparing to sack ministers representing CPN (Maoist Center). After having a one-to-one talk with leaders of various parties of Nepali Congress-led alliance and consultation with legal experts, PM Deuba is planning to release them from their responsibilities.

According to the source, apart from election code of conduct, there will be no any obstacles in reshuffling the government.

Currently, the NC-led alliance has three hundred lawmakers among which, NC has 207, RPP and RPP-Democratic have 37, RJP-N has 24, Nepal Democratic Forum has 17 and FSFN has 15 lawmakers. Likewise, CPN (Samyukta) has three lawmakers though it is not in the alliance.

Although RPP chairperson Kamal Thapa and FSFN chairperson Upendra Yadav have maintained their silence for the reshuffle of the government, they will likely to support the government.PM Deuba has kept on talking with other fringe parties regarding the issue simultaneously. He is planning to sack the Maoist ministers on Thursday and to reshuffle the government on Friday, for which he has asked party’s leaders to finalize the allocation of ministries with leaders of the alliance.

Prohibitory Order Imposed In Rasuwa For A Week By Agencies 2 days, 2 hours ago