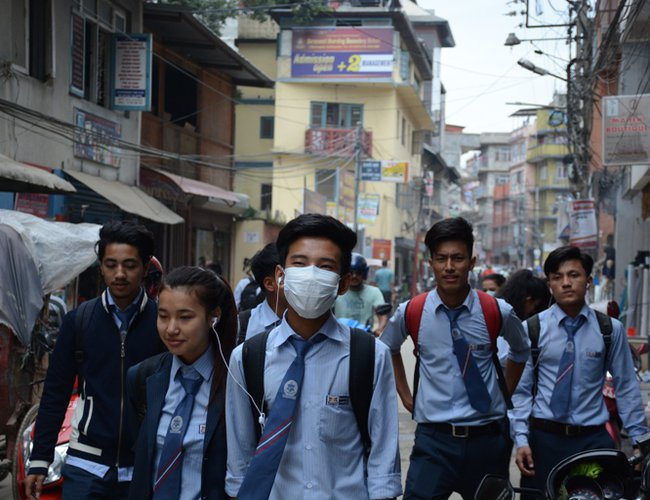 The government has formed a ‘rapid task force’ for immediately controlling the air pollution in the Kathmandu valley and for maintaining coordination among the concerned bodies for the same.

The task force comprises Joint Secretary at the Office of the Prime Minister and Council of Ministers, Narayan Prasad Regmi as the coordinator and the representatives of the Ministries of Environment, and Physical Infrastructure and Transport as well as other related bodies.

According to National News Agency RSS, the government has formed the rapid task force in view of the increasing level of air pollution in the Kathmandu valley.

The task force was formed following a meeting today convened by the Office of the Prime Minister and Council of Ministers (OPMCM). Representatives of the bodies concerned were present in the meeting organized to find ways of reducing the air pollution in the Valley.

Secretary at the OPMCM, Mahendra Man Gurung said the action plan on air pollution control in the Kathmandu Valley prepared by the Ministry of Environment and Population would be immediately approved and forwarded.

According to a study conducted by the Ministry of Environment 10 years ago, Valley’s transport system was main reason behind increasing air pollution here.

The study shows that vehicles contribute to some 38 percent for air pollution, while road dust is responsible of around 25 per cent while 11 percent is from burning of agro residues and brick kilns have a role of causing some 11 per cent air pollution.

But the recent study shows that air dust is the main reason for increasing air pollution.