Indian Influence Wanes With Rise Of Leftists In Nepal

The Left Alliance has campaigned on a call to counter India's dominance in Nepal with Chinese power. 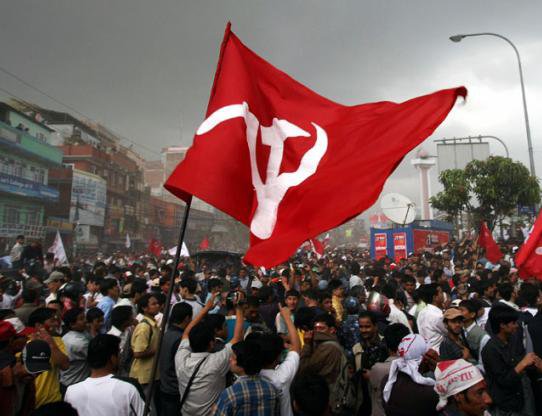 If the initial counting results of the first phase of vote counting are any indication, it shows that left alliance, which championed to reduce Nepal’s dependency on one neighbor, is heading towards comfortable victory in the national and provincial elections.

Already nervous from growing influence of China, the thumping election victory by anti-Indian leftists alliance in Nepal may have long-term implications for India.

The Left Alliance has campaigned on a call to counter India's dominance in Nepal with Chinese power. On the other side, incumbent Prime Minister Sher Bahadur Deuba, who is widely thought to be pro-India, has called for balancing Indian and Chinese power.

India's influence in Nepal was unrivaled for decades. The countries share an open border, thriving trade links, and common religions and customs. But in the past several years, China has redoubled investments in Nepal, building up infrastructure that could increase trade between the two countries, and making plans to expand Nepal's vast untapped hydropower infrastructure, which could yield large returns - and displace India's dominance here.

"Nepal has been liberated from dependency on only one neighbor," Left Alliance leader Khadga Prasad Sharma Oli said to a cheering crowd at a recent campaign rally in the city of Pokhara.

Chinese investors have built roads, hospitals, colleges, and malls and are drawing up plans to set up rail links and power transmission lines. At Kathmandu's international airport, incoming travelers are greeted by a large advertisement of a "Made in China" mall that sells everything from rice cookers to doormats.

In Pokhara, a tourist hotspot in central Nepal, China is helping build a new airport, a huge development for the small landlocked country of 29 million. Ministerial visits between Kathmandu and Beijing have increased in the past two years, and scholarships and exchanges to China have created new opportunities for young Nepalis.

"China has been flooding Nepal with investment," said Constantino Xavier, an analyst at Carnegie India. "That's a big game-changing development. For the first time really, in the history of the country, China is giving Nepal an alternative to India."

The Left Alliance, jointly led by Oli and Pushpa Kamal Dahal, the leader of the Maoist Communist Party of Nepal, has also pledged to renegotiate treaties with India and increase ties with China. Even other pro-India politicians, such as the incumbent prime minister, are now talking about a balancing act between Nepal's bordering behemoths.

China, on the other hand, conducts diplomacy behind closed doors, analysts said and lavishes Nepal with desperately needed infrastructure investments.

"India's traditional strategy to play politics in Kathmandu, by facilitating the creation of favorable coalition governments, is becoming increasingly redundant," said Xavier, the analyst at Carnegie India. "China's inroads have made New Delhi realize the urgency of delivering more, better and faster on economic assistance and connectivity. There are no Indian passenger trains to Nepal, not even up the hills to Kathmandu, and meanwhile, China is doing feasibility studies for a railway across the Himalayan mountains."

Nepal’s landmark election that will be closely watched by neighboring India and China as each is hoping for a win for their domestic allies in the small Himalayan nation.

According to Indian Television Channel NDTV, the national election comes as China is expanding its influence across Asia, including by ramping up investments in Nepal - a development that analysts say has rattled India, long the dominant Asian power in the country.

The Left Alliance has campaigned on a call to counter India's dominance in Nepal with Chinese power. On the other side, incumbent Prime Minister Sher Bahadur Deuba, who is widely thought to be pro-India, has called for balancing Indian and Chinese power.

The option of a second friendly neighborhood giant gives Nepal a bargaining chip to resist India's dominance in the country - a prospect that puts new emphasis on Nepali sovereignty. In election rhetoric, this new focus on sovereignty is expressed in nationalistic, anti-India terms: restoring Nepal to a time before foreign countries dominated internal politics.

For Nepalis, this election marks a pivotal moment in the tempestuous transition from monarchy to republic. Nepal has changed governments 26 times in the past 28 years. Many hope this election will bring political stability and much-needed development to the country, which ranks among the poorest in the world.

A devastating earthquake struck Nepal in 2015, killing around 9,000 people and leaving tens of thousands homeless. In the aftermath of the quake, India criticized a new constitution that diluted powers for New Delhi's allies in Nepal.

The blockade turned opinion against India, prompting some Nepali politicians to change their tune on foreign affairs. Oli, once known as the "Man of India" for his close links to New Delhi's establishment, became the country's most vocal critic.

Despite strong trading ties, India and China spar over borders and compete for strategic control in Asia. Many issues divide the two countries: China has long been suspicious of India giving citizenship to Tibetan exiles, including the Dalai Lama, who the Chinese consider dangerous separatists. Border skirmishes flare up frequently, most recently in the Doklam region in the Himalayas when Indian troops moved in to stop Chinese road building in territory claimed by Bhutan, a close ally of India.

As China expands its influence in Nepal, analysts say India's leaders are worried the country's long-open land border with Nepal could be used to flood the country with Chinese exports. Guarding the border would strain military resources.

(Inputs from  a story published in NDTV)

Japan Hands Over An Oxygen Generation And Distribution System To Dhankuta Hospital By NEW SPOTLIGHT ONLINE 1 day, 9 hours ago