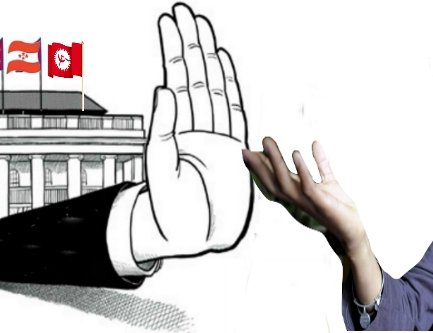 My aim here is not to criticize but to highlight the necessary obligation, to change a system that destroys and penalizes their own people by violating civil, constitutional and human rights. I have always been firm on this: if an iron can be bent, a person bends faster, because the flesh is weak and corrupt. Judges, prosecutors, police officers, politicians, bureaucrats, and those who impart justice are human beings and, therefore, exposed to temptation. I am not surprised at what is happening to our system.

Corruption in Nepal has reached not just alarming but historic level. At this degrading rate, it is certain that our time period will be rewritten as the greatest moral decomposition of the century. Influence, bribery, extortion, embezzlement and misappropriation, prevarication, cooperation, nepotism, and impunity are the most common forms of corruption in public administration.

The relationship between corruption and politics is much deeper than we think and politicians would be willing to admit it. First of all, we should not lose sight of the fact that corruption is not only a consecrated action but also an important means of political influence. Corruption is a problem that seriously affects the legitimacy of democracy, distorts the economic system and constitutes a factor of social disintegration.

No matter whether the activity is public, private or volunteer, or whether it is in Kathmandu or Karachi, there will be corruption where someone has a monopoly of power. Corruption is a crime that has to be done with calculation more than passion. It is much more rewarding if the potential benefit is high and the possibility of being caught is low. In general, a corruption that exists in a political party exists in society. Political corruption generates less honorable citizens. ‘I see nothing, I hear nothing, I say nothing' is what drives corruption forward.

Among 113 countries, Nepal ranks 63rd on the rule of law index, as people think the justice system is corrupt because judgments only go forward if there are bribes. Corruption in the legal system hampers economic development, erodes human rights and undermines trust in institutions. It deprives the victims and the accused of the most basic right. When the justice system is corrupted, everyone loses. Particularly the most deprived, those who are forced to pay bribes and do not have the means to do it.

Justices perceived as distant, incomprehensible, and inaccessible, tend to increase social inequality.  Crimes in society are distinguished as they work in contrast to the fundamental principle of coexistence of human beings. Today, organized crime is increasing fast, and there are several reasons behind it. These include bad governance, political interference, money laundering of criminals, insensitivity in research and prosecution, unusual delay in justice delivery, insufficient penalties, deficiencies in jail administration, inappropriate and false propaganda by showy human rights activists-public and outward human rights organization, competitors and wealth is included. Appropriately implemented penalties are definitely helpful in preventing crime.

Nepal suffers from its administration, from the number of elected officials, from a democratic system, from a government and from anyone who says they will do something for this country.

Nepal is a country governed by policies of combinations and behaviors worthy of the mafia that make citizens blind. Corruption is the most serious and contagious alteration that any institution can suffer. It is a pre-legal social notion our society has accepted and it is calculated, elaborate, and measured offense that is committed if the perpetrators assume that the risks of being discovered are low with light sanctions, and high rewards. Corruption has no identity, no party, no ideology. It is an aberrant behavior of individuals who take advantage of a situation of power to commit offenses covered by impunity and social amnesia.

Political interference by the executive or legislative branches in judicial proceedings is going berserk. With a poverty line so thin and literacy rate low, people who are forced to pay bribes is on the rise. These people do not have the means to fight for what is right but they have to fight with what is wrong.  Injustice is a cancer that has corrupted our entire society.

Democracy, a Nepalese mediocracy, has reached its limits, and it is imperative to make the necessary changes. All this hurts economic development. Liberty and equality are only a dream now. Nepal is a country governed by policies of the mafia that make citizens blind. Nepal has become a mafia and a corrupt country, and its administration functions like the mafia. Many citizens and journalists are born blind, and they do not realize it until the day truth dies. The fundamental rights of a citizen are nothing but a joke. Injustice is a cancer that has corrupted our entire society.

Human rights are rights that men possess. These privileges are the guidelines that guide human coexistence and have as their starting point the principles of freedom and equality. Where are our civil rights, social rights and political rights? Law, agreement, principle, or something that should treat the citizen with respect is nowhere to be seen. All we have is a gross violation of civil, constitutional and human rights.

CPN-UML Preparing For Convention By A Correspondent 1 week, 3 days ago

GOVERNMENT Shaky Coalition By A Correspondent 1 week, 5 days ago 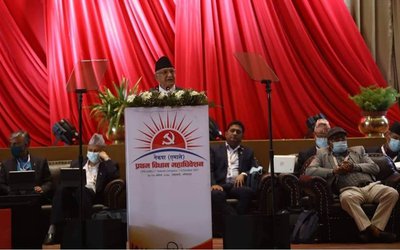