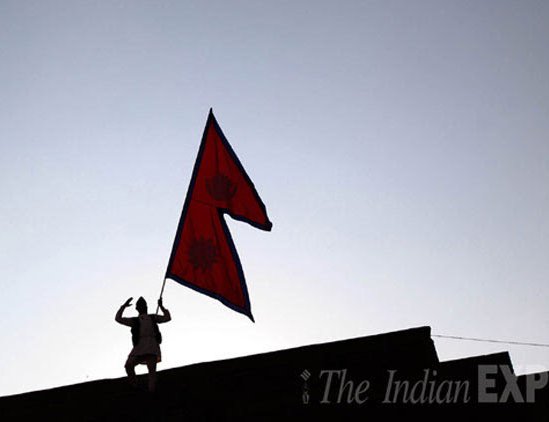 Gaya in Bihar is a “must” destination for Hindu pilgrims from Nepal visiting India. They believe that certain rituals and prayers offered there will liberate the soul of their ancestors. A poster of a Hindu religious preacher stuck on the walls of Pashupatinath temple, a major shrine that devout Hindus visit from world-over, especially India, claims that the fruit of a prayer in Gokarneshwar Mahadev, on the outskirts of Kathmandu, will yield an outcome 100 times more than a prayer in Gaya.

A major thread that has linked India and Nepal for centuries is under stress. Some refer to it as religious, but the ties that link people to people in the two countries have a strong civilisational and cultural underpinning. However, this “soft diplomacy” is increasingly weakening. The poster in Pashupatinath is just one example of it.

In contrast, a trip to Lumbini is now mandatory for the ever-rising number of Chinese delegations. China seems to have picked up a thread that India abandoned when it began to pursue a radical path in Nepal from 2006. India’s preference for radical political agendas have undermined, and even demolished, the institutions that facilitated cultural linkages between the two countries. This has contributed to the distrust between Kathmandu and New Delhi.

India, with the support of the European Union, literally dictated Nepal’s political course from 2006. Together, they blocked the efforts of a large but disorganised section of the Nepali populace that wanted contentious issues like the shift from a monarchy to a republic and the adoption of secularism as state credo instead of continuing as a Hindu state to be settled through debate, and if necessary a referendum. While aligning with the Maoists who were waging war against the state, dispensing with the monarchy, and asking its long-term ally, the Nepali Congress to support the Maoists, India miscalculated the impact these shifts will have, not only on Nepal’s politics, but also in the society.

Buddhism has immensely contributed in making Hindu-majority Nepal respectful towards all religions. Hinduism and Buddhism have coexisted in harmony. Chokyi Nyigma Rinpoche, a widely respected abbot of a prominent monastery (and of Tibetan origin) with followers all over the world, says that “Buddhism will exist and prosper in Nepal only if it is a Hindu country”. China’s keen interest to develop Lumbini and build a railway line to Sigatse in Tibet via Kerung is an attempt on the part of Beijing to leverage soft power in bilateral relations, for it recognises that Buddhism can be a binding thread between the two countries.

India, on the other hand, is unclear about how to repair the damage diplomacy has done to its soft power and the resultant confusion in the bilateral relations. Unlike the EU and major western donor agencies which campaign for the right to conversion, China discourages these activities. Indian officialdom, given its past alliance with the EU in transforming Nepal into a secular republic without involving people, is obliged to maintain silence on the matter.

Prime Minister Narendra Modipromised course correction by visiting Nepal twice in a period of three months after assuming office. However, China has gained over India in Nepal under his watch. The current anti-India sentiment in Nepal, which will also reflect in the mandate, is to a large part due to the 2015 economic blockade the Modi government imposed on Nepal, which had yet to recover from a devastating earthquake. CPN-UML leader K.P. Oli, then the prime minister, stood up to India and turned to China for help.

Post elections, the Nepali Congress too will forced to review its political stance. A section of the party wants the leadership to review its decision to dump the monarchy. This section argues that the monarchy managed to keep the communists under “check”, the authority of the state intact and state organs non-partisan and maintain social and inter-faith amity. The NC’s goal, when it was founded seven decades ago, was to consolidate democracy and protect Nepal’s independence. Its leaders supported a constitutional monarchy. Though the NC lacks the organisational strength and a charismatic leadership, it may have to confront the government if the communists pursue their past practice of capturing state organs including the judiciary.

NCP FEUD Beginning Of End By A Correspondent 2 weeks ago

NCP FEUD The Beginning Of The End By NEW SPOTLIGHT ONLINE 4 weeks, 1 day ago