At a time when the commercial banks have been unable to distribute the concessional loan to earthquake victims, SKBB has found a way to reach out to them 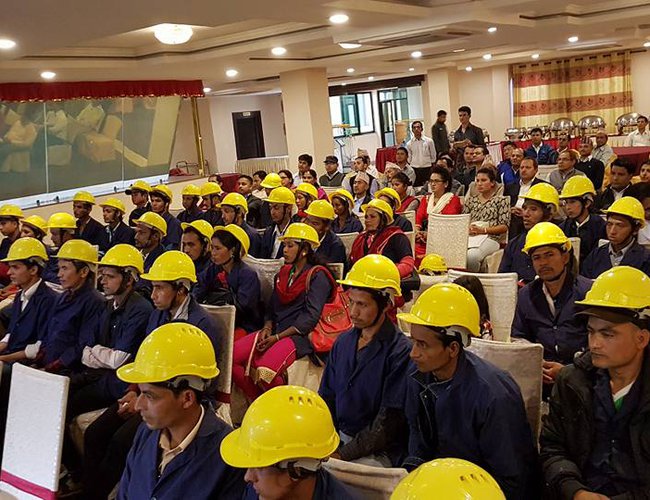 When she signed the agreement one and a half years ago, in June 2016, with Sana Kisan Bikas Bank Ltd (SKBBL), in the presence of senior officials of Ministry of Finance, Apsara Adhikary, chair of Kebalpur Sana Kisan Krishi Sahakari Sangh (Kebalpur Small Farmers Agriculture Cooperatives), was upbeat -- she was receiving a check of over 20 million rupees.

She declared that her cooperative would distribute the concessional loan to all her members and pay back the loan, with interest, in the targeted period. As Nepal’s own tendency of low distribution and recovery of such concessional loan remains bad, there were only a few to take her words.

Down the line, in eighteen months, Apsara has not only distributed the concessional loan but also recovered it with interest from farmers.

Similarly, many Small Farmers Agriculture Cooperatives Limited (SFACLs) in Dhading, Nuwakot and Rasuwa have not only distributed the concessional loan but also been recovering the loan as scheduled. According to the program, concessional loan is of Rs. 50,000, to each farmer, at a rate of 5 per cent interest through SFACLs.

“We received 22 million rupees to distribute to over 400 small farmers who had lost their houses. Our members used the loan to revive their livelihood and are paying back the money to us,” said Adhikary.

Sanu Bhai Khanal, president of Chhatre Deurali Village Cooperatives, Dhading, also shares a similar narrative. "Despite the amount of money being small, this money has helped revive the livelihood of people. When we distributed the money, there were uncertainties over private housing grants by National Reconstruction Authority; this money gave the needy victims the needed relief.”

Although the houses of 31832 small farmers were fully damaged with death of 79000 cattle, just over 12500 small farmers have received the concessional loan. 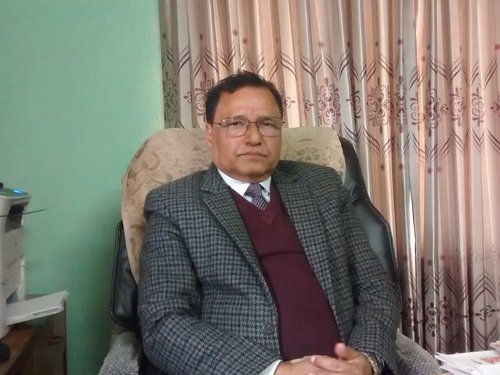 Besides the loan disbursement to the farmers, the support is also used for community based capacity building and training program for the restoration of earthquake affected communities of rural smallholder farmers in all 14 districts.

Under this program, 2,400 rural poor farmers have already been trained in disaster resilient construction and disaster risk management capacity development. Approximately 1.5 million USD has been allocated for the training purpose.

At a time when a large number of people, aspiring for the concessional reconstruction loan, are still waiting, SKBB has already distributed the loan to 14847 families through its 53 cooperatives -- include 3 in Rasuwa, 38 in Dhading and 12 in Nuwakot.

Although National Reconstruction Authority has directed several times, Nepal Rashtra Bank is yet to develop the guidelines for the concessional loan. As there is the credit risk involved, nobody wants to go to distribute the loan in rural areas, particularly to small farmers.

“We have to reach out to the small and marginal community farmers, with loan options. NRA has already held a meeting with Nepal Rashtra Bank and Ministry of Finance to make effective distribution of loan as well,” CEO of NRA Yubaraj Bhusal said in a program recently. “It is frustrating to see the pace of distribution of concessional loan.”

The situation with SKBBL is different. Although their target was just to distribute concessional loan to 12500, they have already provided it to more people. According to SKKBL, 14847 families have received the concessional loan because of high return.

The Bank has been providing loan to cooperatives in the interest rate of 2 percent per annum and small farmers cooperatives are providing the loan at 5 percent to the small famers.

Why Is It Effective?

As the Small Farmers Agriculture Cooperatives Limited (SFACLs) is a grass root based organization constituted with the investment of small farmers, each member knows the state of others. Thus, farmers themselves have information about who is needy.

As SFACLs are operated on the participatory decision making process, each important decision is taken with the meeting of people in a transparent and accountable manner.

“We don’t have to hide anything from anyone. Our members are involved in the entire process of distribution, selection and recovery,” said Adhikary. “This is the reason there is no complaint on selection and distribution of concessional loan.”

Working with its member SFACLs, SKBBL has a direct reach at the grassroots level population. With efficient management and participatory decision making of SFACLs, SKKBL has found a way to send money quickly to the hands of poor and needy people. 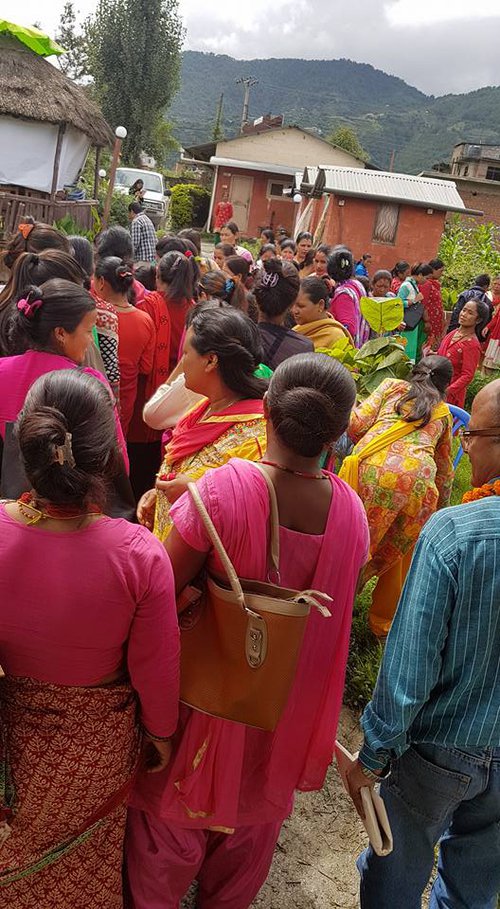 Although almost 28 months have already passed since the first major tremor in 2015, many people are still struggling to get the necessary support to rebuild the houses and revive their livelihood. Out of over 8 million affected families, an overwhelming number of families are still living in shelters made from tarpaulins and corrugated iron sheets, which provide little protection from the harsh monsoon rains and cold. However, SFACLs members now have reasons to rejoice.

With its 85 cooperatives in affected districts, SKBBL has shown that well-organized grass root level institutions have a key role to play in providing relief and post-disaster support quickly. It has also shown that they can also reduce the cost of disaster recovery financing, while reducing aid dependency and building long-term resilience to disasters.

“Our member SFACLs have been distributing the concessional loan and recovering the loan as per the schedule. Since our system is based on bottom-up participatory approach, it is accountable and transparent,” said Shiva Prasad Koirala, CEO of Bank.

Out of Nepal's total population of 27 million, 13 million have no access to formal financial services. Even before the earthquake, financial institutions were heavily concentrated in the most accessible cities and towns, and they only reached about 23% of the 14 million Nepalis who could access finance.

With all advantages, Ministry of Finance and Asian Development Bank chose SKKBL to issue concessional loan to the earthquake victims under the credit for livelihood restoration.

With $15 million grant funding by the Japanese government, the project aims to accelerate reconstruction and livelihood restoration of the earthquake affected areas, with a focus on small and marginal farmers and landless households that were most heavily affected by the disaster.

Although the bank received Rs.640 million from Ministry of Finance to finance income-generating activities of the earthquake-affected districts and conduct reconstruction-related training, the bank also has made certain contribution.

Nepal government’s Post Disaster Needs Assessment, published shortly after the earthquakes, said that the disaster disproportionately affected the poor, who have few emergency funds to fall back on, especially those in rural locations where houses were less robust and poverty tends to be higher.

TINKUNE A Deal Under Table By A Correspondent 3 years, 7 months ago

PRIVATE HOUSING GRANT A Wait Too Long By Keshab Poudel 3 years, 8 months ago

Fiscal And Monetary Management In Reconstruction By Ashutosh Mani Dixit 3 years, 8 months ago 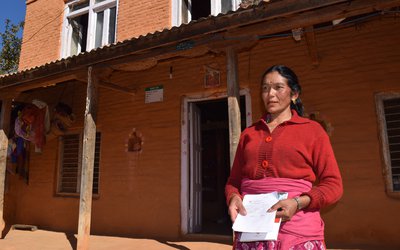