The Number Of Victims Viral Fever Increases In Jajarkot

The Number Of Victims Viral Fever Increases In Jajarkot 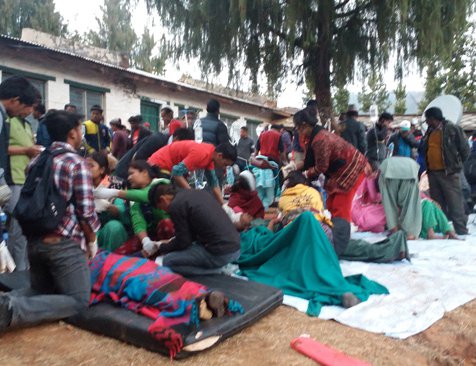 The viral fever has been spreading for the past two weeks and has claimed 13 lives to date in Jajarkot. More than 1500 patients have been treated while hundreds more await medical help.

According to District Health Office, seven infants and six elderly citizens have fallen prey to the disease in the past two weeks. The fever which started spreading from Junichade, Majkot ward 2 is now rapidly spreading over other areas.

A health camp set up on Saturday by the team of specialized physicians led by Dr. Pawan Shakya has already treated 1500 patients. However, According to Shakya, the district is seeing a rise in a number of patients every day.

“The undernourished children, elderly folks and the marginalized have suffered the most,” Shakya said, “Resistance to take medications as per prescription, visiting local shamans rather than doctors for treatment, poverty and lack of awareness on dealing with the disease have posed as major threats to successful treatment of the disease.”

According to Shakya, four people lost their lives after not taking medications as per the prescribed routine.

According to the Himalayan Times, the cause of the disease is speculated to be the H1N1 virus, however, the medical team has not been able to draw any conclusions yet.

According to Shakya, there exists a threat of imminent widespread if the disease turns out to be H1N1 seasonal flu.