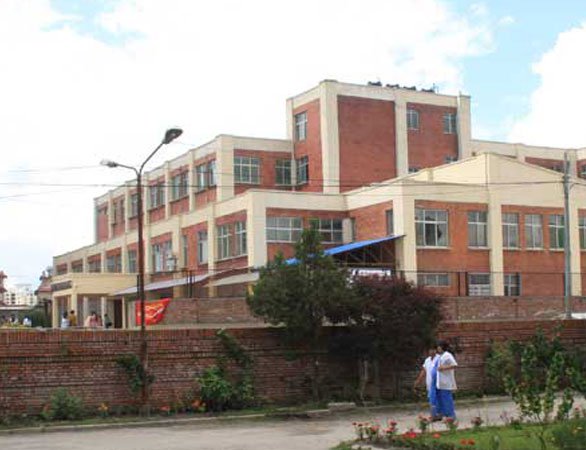 Many years ago when my father was a general practitioner in Kathmandu, I remember him telling me that there was perhaps a case of some form of tuberculosis (TB) in each household of the city.  The practice then was that every case of the disease was separated out from the rest of the household and had to live in segregation.  However such action could not be taken in all cases.  There were no anti TB drugs then and so good food, open air and sunlight were the measures provided to those who could afford such facilities. Ultraviolet rays were also utilised.

The discovery of Streptomycin as the first antibiotic against the TB organism and other drugs such as PAS and Isoniazid were used in the middle of the twentieth century.  It was customary then for many of the Nepalis from the countryside to go to urban centres of India to earn money.  They would live frugally, sharing rooms with many others in ill-ventilated conditions.  Their food intakes would be meagre in the effort to save money to take back home.  A single case of the disease in an individual coughing all the time would transfer the TB organism to the inmates in the room.  The result was that many of those who had ventured forth to earn money for their family returned back home with the disease and spent whatever they had saved and brought back was spent for their own individual care.  Some survived as a result but many paid with their lives.

TB, like leprosy is a historical disease. Many individuals who could have become famous authors died in the prime of their lives. The Bronte sisters are an extraordinary example.  John Keats, the famous English poet died of TB whilst pursuing studies to be a doctor.  Doctors treating the disease e.g. Laennec, discoverer of the stethoscope, died of TB.  Somerset Maugham, a qualified doctor, came down with the disease and produced many of his works whilst living in the Mediterranean region, recovering from TB.  Many doctors contacted the disease whilst treating patients.  This disease was at one time known as phthisis because of its wasting away nature and is equivalent to the Nepali term sukenas, as a description of such cases.  It was also known by the term consumption, meaning presumably that the person would be consumed by it.  When the patient was severely infected and came to an early end, the doctors labelled it as galloping consumption!

It is conjectured that PM Chandra Shumsher who suffered from asthma left money for the establishment of the Tokha Sanatorium and which was constructed by his step-brother PM Juddha Shumsher for the treatment of TB patients.  This was opened in 1934.

Subsequently came the practice of domiciliary treatment of TB and this resulted in the setting up of the Central Chest Clinic at Kathmandu in 1951.  Later a branch was opened Biratnagar and other places. The management for the treatment of TB became a separate entity in 1961.  The concept of treating the patients in hospital was limited to a few cases at the NGO run Kalimati Chest Hospital.  Britain Nepal Medical Trust (BNMT) has been involved in anti TB work in Eastern Nepal.  Subsequently from 1973 there has been help from the Japanese Medical Team in setting up the Western Region TB Centre at Pokahra.

Then came ' STOP TB Strategy' in 2006 with the concept of Direct Observed Treatment Short course (DOTS) as many of the patients given the drugs and take it at home, did not do so.  As this programme was implemented, we were told that it was a success and that the number of cases in Nepal were reduced drastically.  We were also informed by the Health Ministry that the incidence of TB was down and that leprosy had been eradicated.  In terms of present trends, were these all then "Fake news"?

The reality now is that Nepalis are living longer, with more cases of diabetics and last but not least with the scourge of AIDS.  These conditions are likely to bring about resurgence and increase in the incidence of TB cases.  Was this the reason why a 300 bedded hospital was being built in Kathmandu when it is all against the principles of domiciliary treatment for tuberculosis?  Is it because the Short Treatment Regimen (STR) of nine months requires it?  Is it because we are a SAARC Centre for AIDS and TB that we have to set it up?   Is the new hospital for TB patients a requirement of this?  Will resistant cases from the SAARC Region be brought to Nepal for treatment?

A news item in a local English daily of 29th December 2017 states that the Madhyapur Thimi Municipality has sealed the under construction building of the 300 bedded Tuberculosis Hospital at Madhyapur Thimi 4.  Other reports in other papers also suggest that the number of cases of tuberculosis in the country is showing downward trend.  Why then this hurry to get this hospital constructed in such haste?  Is this too, another galloping effort to make hay when the sun shines? People's right to information requires an answer.

Weather Update And Analysis For March 3 Across Nepal By NEW SPOTLIGHT ONLINE 6 hours, 6 minutes ago

Stay Alert For Rise In COVID Despite Vaccines: WHO By Agencies 1 day, 6 hours ago