Although almost three years have passed since recent earthquakes devastated Nepal, overwhelming numbers of victims are yet to find a respite. Min Bahadur Shahi, convener of HAMI, spoke to New Spotlight on related issues. 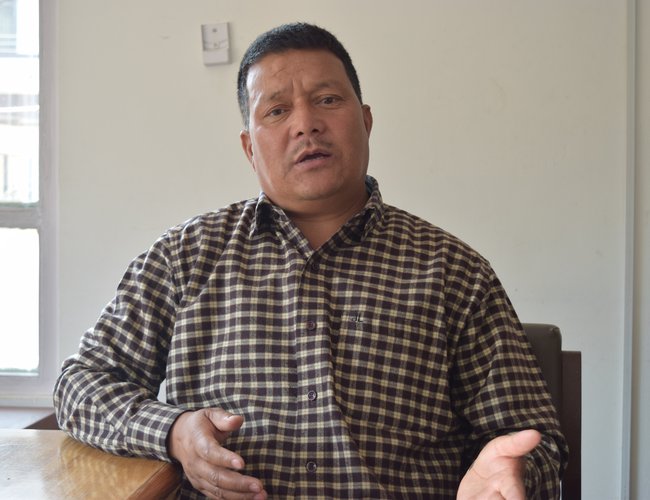 How do you see the state of reconstruction?

The situation is pathetic. Even after nearly three years of the devastation, the affected families have not been in the list of beneficiaries. For them, the reconstruction issues have been diluted severely in the quagmire of complicated laws and policies related to land registration, tenancy, property sharing, and definition of families and households.

How do you see the international commitment?

The international community has identified the need for preliminary USD 6.7 billion for reconstruction. Out of it, USD 4.6 billion was harnessed by international community. Some donors like China, UK. USA, Germany, ADB and other organizations have signed some part of the agreement as part of providing pledged money. However donor’s commitment is yet to completely materialize. Although India has pledged the largest amount, it is yet to channel the money.

Who do you blame for this?

Several factors are responsible for this. The bitter factors are political parties' wrangling on appointing Chief Executive Officer (CEO), lack of concrete follow-up with visible and strong plan with the donors, frequent changes and unnecessary reshufflings of the government. The reconstruction effort failed to make a strong lobby and follow up to harness international support and provide timely housing grants to earthquake survivors despite its ideal commitment.

How do you see the grant distribution process?

Grant distribution process was made complex as it was not imagined by the affected communities and stakeholders. Banking process was made very clumsy; complaints hearing on effectiveness of reconstruction mechanism was not made robust. This all shows lack of proper investigation capacity within NRA to deal with the genuine complaints by maintaining standard norms. Reconstruction of the public institutions and historic heritages has also remained incomplete.

How do you see the role of NRA?

NRA lacks full authority to implement its decision. It has to rely on other line ministries. The bureaucratic hurdles within the ministries have further complicated the reconstruction process. Despite huge money pledged by international community and huge budget, most earthquake survivors are taking shelter under tent for months. While billions of money remained unspent in each fiscal year some earthquake survivors are yet to get first tranche of housing grant while very few households have received full grants.

What do you suggest for the long term?

Housing grants and concessional loans for earthquake survivors should be ensured without further delay so that they could begin long-delayed housing reconstruction.  As a long term move, make the NRA a powerful body with constitutional capacity and for the immediate time, implement reconstruction projects by creating momentum in coordination with line ministries.

How can newly elected bodies make it more functional?

Taking provincial and federal level election as an opportunity to make the NRA a powerful autonomous body can bring change. There is also the need to make the commitment in front of the stakeholders that politicization of reconstruction ends and all political parties are together for reconstruction campaign.

What lessons have been learnt?

How do you see the state of victims?

Victims have faced lots of difficulties and their right to live dignified life has been compromised for more than two years The survivors have neither received money nor technicians have been deployed fully in villages to support people in building earthquake resilient houses whereas the government budget is unspent in each fiscal year.

What do you recommend for the government?

Facilitate, as a bridge, to maintain diplomatic relations and make a continuous follow up with the international community for channelizing pledged fund for the sake of the earthquake survivors and reconstruction of public institutions. There  is the need to have frequent public audits among the stakeholders in quake hit districts, focusing progresses made, problems faced and coordination issues and areas sought by the authority.

How do you see NRA’s recent call not to provide grant loan to the victims after January 16?

This government cannot impose any condition for its citizens related to livelihood. The state can make laws and regulations and the state has to create the enabling environment to implement these rules and regulations. It is very important to see whether the state has taken any initiative to onboard the people in the process. Whether the rules and laws are made by Singha Durbar or the center, it is important to involve concerned stakeholders in the process. If government denies the victims their rights to secure grant, it is a serious bleach of human rights. The decision not to provide the grants to the victims is also violation of human rights.

Don’t you think there is a need to make NRA a bit more powerful?

NRA is very much handicapped as its Chief Executive Officer cannot take the decision as he or she has to look up to the directive committee under the chairmanship of prime minister. CEO needs all clearance from directive committee and the committee lies in prime minister’s office. This is where NRA has been made defunct. As there is just over two years left, the time has come to make NRA’s CEO more powerful to take decision on reconstruction. It is essential now. If there is NRA, why should government need to keep the authority? If the state wants to control the reconstruction, why do they not follow the Chinese Sichuan model? Under this model, Chinese government took a lead and completed the entire reconstruction within two years. We have chosen the wrong process of reconstruction. This is the reason large numbers of victims are yet to receive grant money. We have started our reconstruction process calling that we build Dharahara on our own. The President herself attended the first anniversary of earthquake in Barpak laying the foundation for new houses. However, neither we are able to construct Dharahara nor the settlement.

How do you see reconstruction?

Now, there is a new political scenario before us. We have completed the three tiers of elections with all the elected representatives now in the driving seat.  Although there an all-party political mechanism was in the place before, it failed to drive the reconstruction properly because of the political interest. Since overwhelming majority of elected leaders are the members of the former all-party political mechanism, there is a little hope to see drastic changes in their leadership. As they are elected, they are more accountable to the people now than in the past. If we want to accelerate the pace of reconstruction, we need to involve the local elected body and representatives effectively in the process, giving them the driving seat. This will bring certain changes.

The state needs to have clear policy to fully protect the rights and dignity of the victims.

“Nepal Is A Crown Jewel For Humans Because Of Its Geographic Treasure” Professor Tomohiko TANIGUCHI By Keshab Poudel 5 days, 19 hours ago

Hydro Meteorological Events Increasingly Becoming Dangerous Not Only In Nepal But Also Here In Japan: Professor Satoru Nishikawa By Keshab Poudel 1 week ago

The Central Government Is Very Strong In Nepal: Professor Nakamura By Keshab Poudel 1 week ago 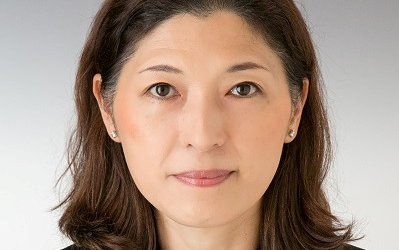