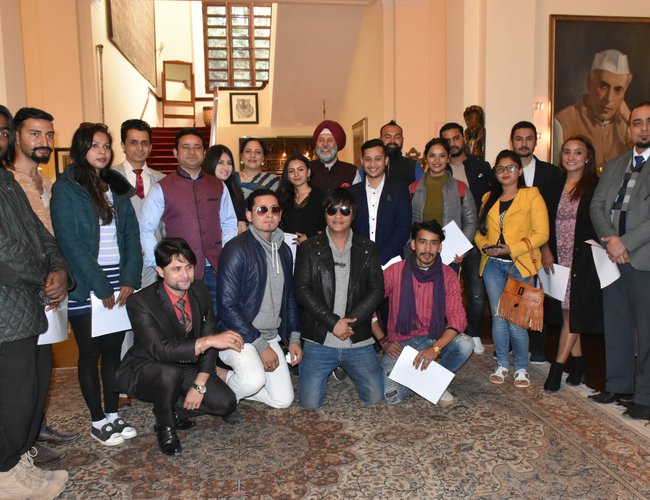 Twenty leading Nepali actors and actresses will receive training at the Film and Television Institute of India (FTII) at Pune. According to a press release issued by Indian Embassy, in a first-ever initiative, the Government of India is sponsoring a 20-day course from 12 February to 03 March 2018 at for. The participants, hailing from different regions of Nepal, have been shortlisted on the basis of their performances and accomplishments in films and theatre.

The course also entails contemporary dance workshops, yoga classes as well as an exposure visit to an ongoing shooting location at Mumbai. The course provides an excellent opportunity to the participating actors and actresses to further hone their acting skills and capabilities. Through this unique opportunity, the ties between the film fraternities of India and Nepal will be further strengthened.

The FTII, Pune, established in 1960, is a premier film training institute of India and boasts of a rich legacy in quality Indian cinema. The FTII is regarded as a center of excellence across the world and the films made by its students have enjoyed excellent receptions in festivals in India and abroad apart from winning various National and International awards. The FTII alumni have left an indelible imprint across all facets of Indian Cinema and television and have built an excellent reputation in its allied industries. The FTII is an autonomous institute under the Ministry of Information and Broadcasting of the Government of India.