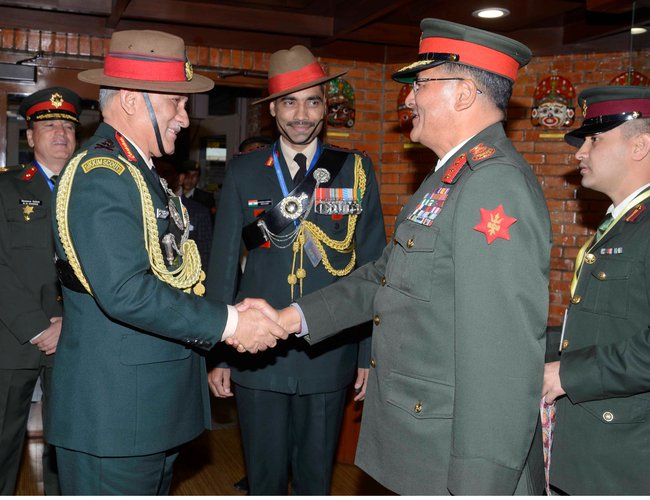 Indian Army chief Gen Bipin Rawat arrived Kathmandu on Monday on a three-day visit to Nepal to attend its Army Day, which coincides with the 250th anniversary of the establishment of the Himalayan nation’s unification.

The Indian Army chief will attend as a special guest a function organized by the Nepal Army to mark the Army Day, which coincides with the 250th anniversary of the establishment of the country’s unification.

Such high-level visits between the two armies will further strengthen bilateral relations and promote mutual interests, the statement said.