Nepal To Control Excessive Pesticide Use

Nepal To Control Excessive Pesticide Use 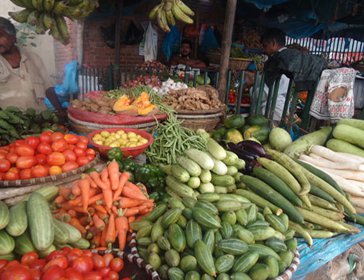 The government is preparing to determine the maximum residue limit of pesticides in vegetables and fruits soon in a bid to curb the increasing use of harmful chemicals and pesticides in fruits and vegetables.

Following a recommendation from the Ministry of Commerce (MoC) last week, the Food Security, Agricultural Business and Environment Division at the Ministry of Agricultural Development (MoAD) has started groundwork to set the upper limit of pesticides and other harmful chemicals in food items, especially vegetables and fruits reports media.

According to The Himalayan Times, the government has been showing concerns in recent times to stop increasing pesticide use in food after the level of pesticide residue in both domestically produced and imported fruits and vegetables were noticed to be quite high.

Especially, those fruits and vegetables imported in the country from India in recent times have been found to have excessive pesticides and insecticides.

However, it is not the first time that the government is gearing up to control the flow of fruits and vegetables in the market that uses high amount of pesticides. Earlier in 2015, MoAD had set up a pesticide residue testing laboratory at the Kalimati Fruits and Vegetable Market and had also decided to set up such labs in Nepalgunj, Pokhara, Butwal, Narayanghat and Biratnagar.

However, the pesticide residue testing lab in Kalimati has not been functioning well while the government has not been able to properly execute its plan to set up such laboratories in other planned cities.

MoAD officials are of the view that the use of pesticides and insecticides among domestically produced fruits and vegetables has to be discouraged from the farmlands itself by making farmers aware about the negative impacts of harmful chemicals on the health of both farmers and consumers. Similarly, imported fruits and vegetables have to be regulated properly by setting up pesticide testing labs at different import points.

Meanwhile, MoAD and MoC recently decided to take initiatives in promoting Good Agricultural Practices (GAP) and Integrated Pest Management (IPM) standards in food and set up infrastructure at different checkpoints to check the pesticide level in fruits and vegetables.