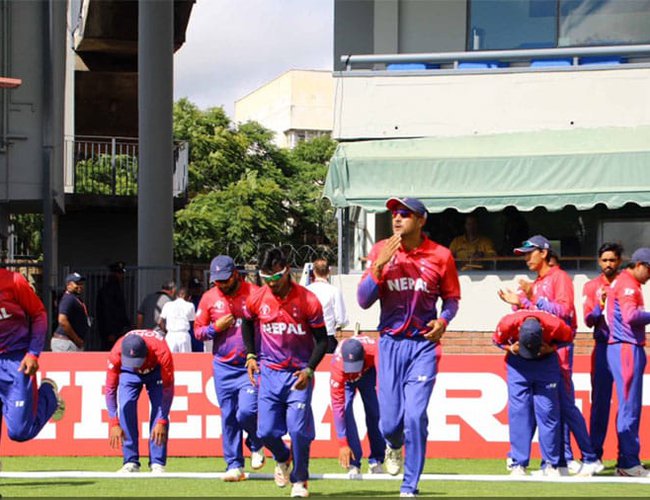 Nepal chases mammoth 381 runs for victory against Zimbabwe after conceding highest -ever run in ICC events during the World Cup qualifiers in Bulawayo, on Sunday.

After winning the toss, the hosts' captain Graeme Cremer opted to bat first in a batting friendly pitch against the Himalayan nation in their opening match of the ICC Cricket World Cup Qualifier.

Brendan Taylor and Sikandar Raza both scored brilliant hundreds to take Zimbabwe to a massive score of 380/6 against Nepal in their opening game of the ICC World Cup Qualifiers at the Queens Sports Club, Bulawayo today. Zimbabwe will hope to make the most of their home conditions and secure a place at the 2019 World Cup in England.

With Brendan Taylor, Kyle Jarvis, Sikandar Raza and captain Graeme Cremer in their ranks, Zimbabwe will look to get off to a winning start. On the other hand, Nepal will bank on leg-spinner Sandeep Lamichanne and left-arm orthodox Lalit Rajbanshi to guide them towards qualification. Zimbabwe has won the toss and have opted to bat.

Taking home advantage, Zimbabwe posted the mammoth total of 380 for the loss of six wickets in their allotted 50 overs.

Sikandar Raza smashed flamboyant 123 runs off just 66 balls with seven fours and nine towering sixes while Brandon Taylor hit measured 100 runs in 91 balls with seven hit to the fence and a maximum.

Nepali bowlers went for plenty as Zimbabwe batsmen played strokes all over the park. Sompal kami and Basanta Regmi chipped in with two wickets each while Lalit Rajbanshi and Sandeep Lamichanne bagged a wicket each. 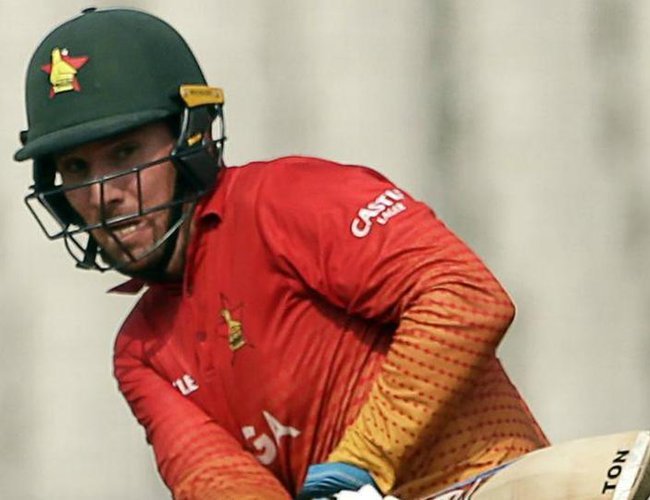 Japan To Celebrate May 26 As “Hirotaka Takeuchi 14 of 8000m Mountains Summit Day By NEW SPOTLIGHT ONLINE 11 hours, 13 minutes ago