After successfully ending power outages at the household level, Nepal Electricity Authority (NEA) plans to end industrial load-shedding from the middle of May 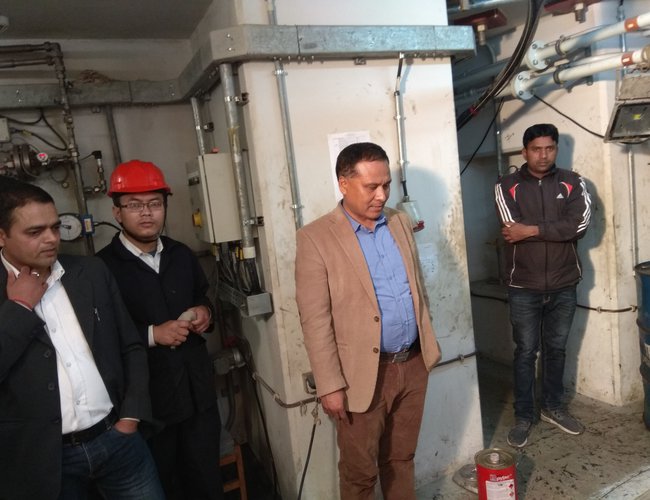 With successful efforts in ending load shedding in households, Nepal Electricity Authority (NEA) is planning to end industrial load-shedding from the middle of May as the utility will be able to supply power as per the demand from the wet season onwards.

Under the leadership of Managing Director Kul Man Ghising, NEA has ended almost a decade-old load shedding in the household level, supplying electricity even at the time of Tihar, the festival of light. With high confidence, MD Ghising has publicly announced his decision in a recent talk program.

“After the completion of the 456-MW Upper Tamakosi Hydroelectric Project and some other projects by the private sector, we will be able to sustain the supply during the winter as well. Since the Upper Tamakoshi will start generating power by the end of this year and some private sector projects will also be completed, we have a plan to end load shedding in the industrial sector as well,” said MD Ghising.

At a time when there is a short supply of electricity during the peak times, NEA has been cutting electricity to industries for three hours a day to meet the domestic demand from available electricity supply.

Given the current progress in the construction of the projects, NEA Managing Director Ghising said industrial users would also get regular power to operate industries after three months. “There will be no power cut in any areas from Mid-May,” said MD Ghising.

The efficiency of NEA in managing the power load has grown recently. Although 70-MW middle Marsyangdi was shut down for reconstruction for days, NEA did not announce any new load sheding.

“This shows our enhanced capability in load management. Even as projects like middle Marsyangdi were shut down at times, we were able to maintain the supply,” said Ghising, who ordered staff to complete the maintenance work by a week.

NEA had announced the elimination of load-shedding for domestic users from mid-April 2017. To maintain the power supply, NEA has taken various measures, optimizing the available electricity by controlling leakage and encouraging the use of LED lights, among others.

Currently, the peak time load is around 1,300 megawatts, whereas supply stands at around 964 megawatts. Electricity generation from snow-fed rivers goes down to one-third of the installed capacity of run-of-the-river hydropower plants and most of the hydroelectricity projects are of this type.

Elimination of load-shedding in the industrial sector is expected to boost the industrial output. Capacity utilization of Nepali industries picked up in the last fiscal year as electricity supply to industrial units improved.

According to a presentation made by MD Ghising, electricity has just 3.39 per cent share, whereas fuel-wood still shares 70.46 per cent in the total energy supply. Petroleum products share 12.54 percent, sending a huge amount of hard currency to import it.  In Nepal, 80 percent of population uses energy for residential purposes and 8 percent for industries. 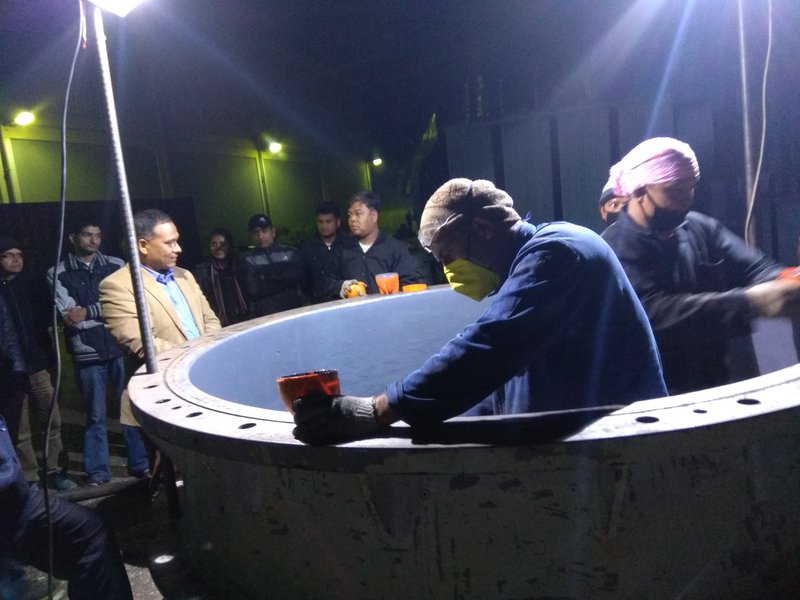 MD Ghising said that Nepal is in a high risk of energy security. As Nepal does not have substantial coal, oil and gas reserves, the country is completely dependendent on import for oil, gas and coal. Nepal is importing 30 percent of electricity to meet the demand. Nepal imports over 1 billion dollars equivalent of gas and oil. “We are at a high risk of energy security.”

With the total installed capacity of 1046MW, hydropower generates 993 MW. Out of this NEA produces 510 MW, IPP 483, and Thermal 53. Out of seven provinces, province 2 and 6 do not have any power projects and there are no projects currently under construction there as well.

As most of the rivers are run-off in nature, their production level drastically reduces during the winter. There is a gap during winter and, currently, NEA is importing an average of 400MW in dry season from India to meet the demand.

Out of the total electricity supplied by Nepal, 93.96 percent of electricity is consumed for domestic purposes.  There is merely 1.42 percent in industry and 0.45 for commercial purposes and 4.04 percent by others.

At a time when average imports of petrol by 20.37  percent, diesel 20.24 percent and LPG by 15.77, Nepal’s energy completely dependent on import with high energy security risk. Nepal imported 400,000 metric tons of LPG, over 400,000 kiloliter of petrol and 1.5 million kiloliter of diesel. Given the increase in imports of automobiles, Nepal’s reliance on the imported oil is likely to increase in the future.

“With the huge potential for clean hydro energy, Nepal can reduce imports of petrol, diesel and LPG by constructing the hydropower projects. This will help us save our hard earned foreign currency as well,” said Ghising, presenting the paper. “If we increase our investment in production and transmission, Nepal can achieve energy security.”

Nepal has been facing several challenges now in the energy sector. There is a constraint of transmission line as well. Under the leadership of MD Ghising, Nepal has made a remarkable progress in many energy sectors. This is the reason NEA is currently working to end the load-shedding in industrial sector as well.

“NEA could supply regular electricity to the Birgunj Industrial Corridor immediately as power import from India had gone up following the upgrade of the Raxaul-Parwanipur cross-border transmission line. Along with the supply capacity enhancement, the power utility has been upgrading and augmenting the distribution system. This will meet the increased demand in future,” according to NEA. It is reported that NEA has been developing distribution system eyeing the potential of industrialization.

A recent study carried out by NEA has shown that energy security is a key to the overall economic growth. According to a study carried out by Nepal Rashtra Bank, in major industrial blocks, namely, Kathmandu, Biratnagar, Birgunj, Janakpur, Pokhara, Butwal, Nepalgunj and Dhangadi, the average capacity utilization of industries in fiscal 2016-17 stood at 57.3 per cent against 48.2 per cent in 2015-16. Industrial GDP in fiscal 2016-17 recorded a double digit growth, according to the central bank report.