Sarbendra, Ramesh Kharel and Pushkar Karki were promoted to DIGs on July 14 last year. Khanal was ahead in performance evaluation conducted by the previous government, followed by Kharel and Karki. 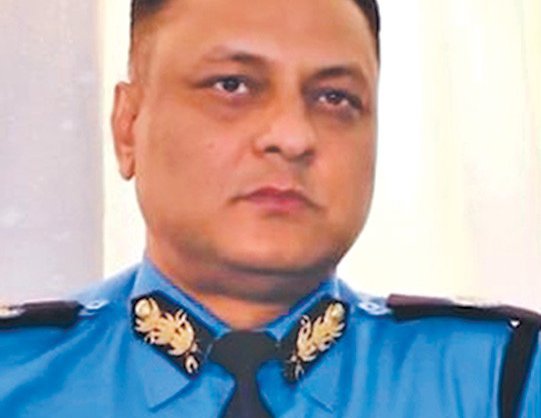 The government has decided to promote DIG Sarbendra Khanal as the 26th Inspector General of Nepal Police and to appoint AIG Shailendra Khanal to the top post of the Armed Police Force.

At the APF, Shailendra and Pushpa Ram KC were the top contenders. Home Minister Thapa had proposed Sarbendra for promotion but PM Oli was against his appointment, as UML leaders backed Pushkar Karki for the top NP post. After Dahal reminded PM Oli of the problem seen while appointing the IG last time, PM Oli is said to have agreed to home minister’s choice.

Madhesh Based Party Demand To Include Its Agenda In The Amendment By NEW SPOTLIGHT ONLINE 5 hours, 56 minutes ago