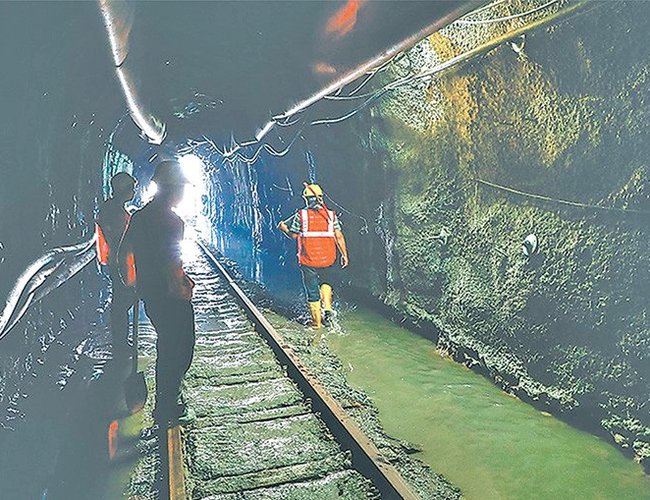 The Italian contractor of the Melamchi Water Supply Project (MWSP) asked for more than a billion rupees with the government under various heads on Wednesday, a day of achieving a major breakthrough in tunnel digging.

According to him, the contractor has been making claims for extra amount against additional works for open cutting and slope stabilising in the tunnel’s headwork area. “Work on open cut was low in the original design. But following the Gorkha Earthquake, the nearby hills developed cracks which forced the contractor to remove more landmass,” said Pant, who is also the spokesperson for the MWSDB.

According to The Kathmandu Post, in its letter, the contractor CMC di Ravenna has made a claim amounting to Rs Rs1.65 billion, the government has yet to pay dues amount of Rs940 millions.

Out of the contractor’s total claims, the government has already paid it Rs690 million including Rs280 million for additional work on open cutting, according to Pant. But he quickly added that the project was not is a position to pay the contractor additional amount.

“The government has made most of the payments in different phases. But the contractor is dissatisfied and demanding an additional money under various headings, which cannot be addressed. We have already given what was valid,” Pant said.

Besides additional work it had to carry out, CMC di Ravenna is also making claims additional amount for prolongation of the project, Pant explained. “The company is now claiming for loss of earnings for the extended period of work.”

The government roped in CMC di Ravenna in 2013 after terminating the previous contract with China Railway 15 Bureau Group following their sluggish progress in the tunnel and headwork construction.

After several delays, the project on Tuesday completed the digging of the 27.58km-long tunnel for diverting water from Melamchi River to Kathmandu Valley. Following the achievement, the government claimed that water supply in Kathmandu Valley could start around October.

The project, which was originally scheduled for completion in 2007, has seen several deadline extensions due to frequent delays. Now, the new deadline has been set for October 2018.

With works like concretisation of the tunnel and construction of other structures still outstanding, the contractor’s demand for additional money could cause further delays.

According to Pant, such disagreement can be resolved through the Dispute Adjudication Board (DAB) as per the provision in the contract. The DAB will go through all the documents of both sides and give its decision.

“If the DAB could not resolve the matter, the unsatisfied party can approach the Singapore International Arbitration Centre, which is also provisioned in the contract,” Pant said. The contractor might use the dispute as an excuse for halting remaining works and press the government to meet its demands.