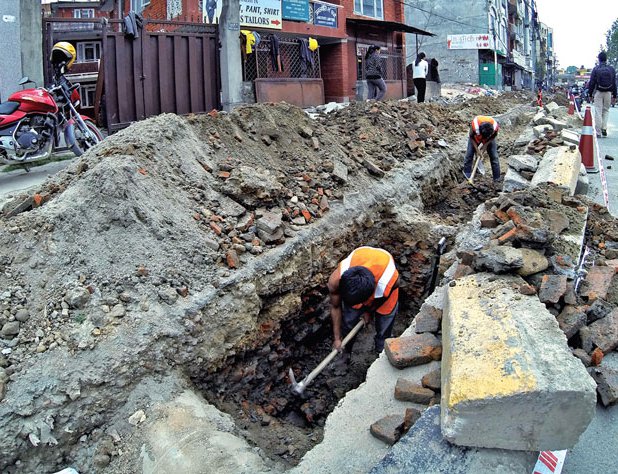 Six hundred eighty four kilometres water supply pipeline has been installed so far under the Melamchi Water Supply Project. The project has estimated to install a total 720 kilometers of pipeline within 45 days but 684 kilometres has been completed in the first phase so far.

The Kathmandu Upatyaka Khanepani Limited Project Implementation Directorate spokesperson Lila Prasad Dhakal said 69 kms pipes have been installed out of 77 kms under the main supply system. Dhakal said the objective is to complete the task of laying down water supply pipelines by this July 16 under the first phase. Blacktopping of the sections of the roads which had been dug for installing the pipelines is also ongoing.

Gautam further said valve chambers are being constructed on the main crossroads. He also informed that the zebra crossings would be painted on these spots after the completion of all constructions by July 16 this year.

Madhesh Based Party Demand To Include Its Agenda In The Amendment By NEW SPOTLIGHT ONLINE 6 hours, 48 minutes ago