President Bidya Devi Bhandari has presented the government’s policies and programmes for the fiscal year 2075/76 BS (2018/19) in a joint session of the Federal Parliament today at the parliament building in New Baneshwar, Kathmandu. 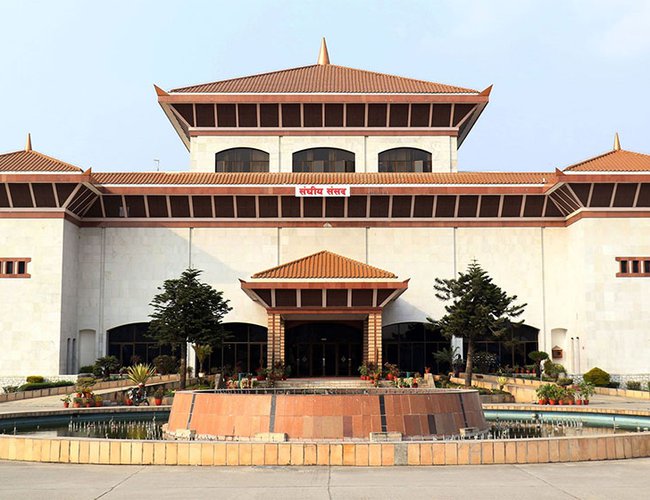 President Bidya Devi Bhandari has presented the government’s policies and programmes for the fiscal year 2075/76 BS (2018/19) in a joint session of the Federal Parliament today at the parliament building in New Baneshwar, Kathmandu.

The presentation which started at 4:10 pm, and took place three months after the formation of the incumbent government led by Prime Minister KP Sharma Oli, is in line with the new constitution that requires Head of the State to present new government’s policies and programs.

According to Rastriya Samachar Samiti (RSS), members of both the houses — arriving at the Parliament Building, largely decorated for the session — were seen in official attires and in line with their ethnic culture and identities. Likewise, top leaders of various political parties, high-ranking government officials, chiefs of constitutional bodies, chiefs of security bodies and diplomatic missions were also present at the special ceremony.

In the session, Prime Minister KP Sharma Oli, before the joint sitting, presented the book of government policies and programs to the Head-of-State.

As per the constitutional provision, President may address a meeting of either House or a joint sitting of both Houses of the Federal Parliament, and summon members for that purpose.

The Federal Parliament of Nepal is bicameral. The 59-member National Assembly serves as the Upper House and the 275-member House of Representatives as the Lower House.

Soon after the conclusion of the joint session, separate meetings of NA and HoR will express gratitude to the President for her address.

Deliberations on new government’s policies and programs will be held in both Houses within the next few days and the Prime Minister will respond to the queries raised by the parliamentarians in this regard.

The policies and programs shall be passed by presenting it before both the houses for decisions.