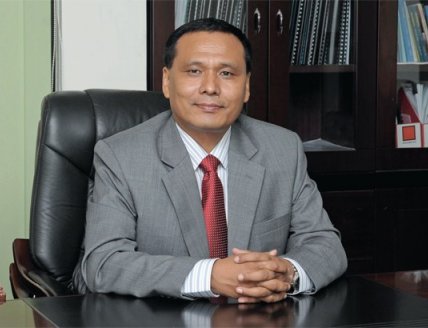 With the rise in water levels of major rivers and proper management, Nepal Electricity Authority (NEA) has announced the entire country as free of load-shedding. This was one of the major commitments made by Ghishing in his appointment as MD.

Although NEA has been implementing it since last few weeks, the power utlity has officially announced elimination of load-shedding for the industrial sector from May 14, 2018, a year after relieving residential customers who had suffered never-ending power cuts for decades.

“Now, the industrial sector is also free of power cuts,” said MD Ghising. “We have ended load-shedding in the industrial sector as the power generation from the run-of-the-river plants has increased due to the rise in water levels of key rivers and utilisation of the Kulekhani hydropower project reservoir,” said Ghising, adding that the deficit has been met by imports from India.

“The entire country is free of load-shedding now.” The demand of electricity in the industrial sector hovers around 300MW. Initially, the industrial corridors in Birgunj and Biratnagar were getting uninterrupted power supply on a trial basis.

NEA has been supplying uninterrupted energy to residential customers for more than a year at the expense of factories where there is load-shedding lasting 3-4 hours during peak times.

According to NEA, currently, the total electricity supply amounts to 1,000MW while demand during peak hours stands at 1,300MW. The NEA has been supplying electricity imported over the Raxaul-Parwanipur cross-border power line to the industrial corridor in Birgunj.

The NEA has increased energy imports over the cross-border power line by around 40MW. The power utility said that the domestic generation, which currently stands at 500MW, was expected to rise in the near future.

Although Nepal’s total installed capacity of the hydropower plants stands at around 1,000MW, production goes down by more than 50 percent when water levels in the rivers fall during the dry season.

With the announcement, NEA has taken numbers of measures to optimise available electricity by controlling leakage and encouraging the use of LED lights, among others.

NEA will be able to sustain the supply during winter as the 456-megawatt Upper Tamakoshi Hydroelectric Project will start generating power by the end of this year and some private sector projects will also be completed.

Although the NEA’s power utility has been generating full electricity now, the generation from snow-fed rivers falls to one-third of the installed capacity of run-of-the-river hydropower plants.

According to Nepal Electricity Authority (NEA), hydroelectric projects with the capacity to produce 94.8 megawatts of electricity are in the last stage of construction and will be completed within the end of this fiscal year.

Out of total installed capacity of 1,073 megawatts, NEA projects contribute 562 megawatts and 511 megawatts is contributed by independent power producers (IPPs). NEA is currently importing 450 MW of electricity from India to fulfill the demand in the country.

With the addition of 94 megawatts of power, the country’s total installed capacity will rise to 1,167 megawatts, but it will still fall short of the demand.

Also, 100 megawatts of electricity has already been connected to the national grid till date this fiscal, with contribution of 14 projects constructed by NEA and IPPs. These included NEA’s key project — the 30MW Chamelia. Likewise, 13.6MW Thapa Khola and 13MW Madkyu Khola were the major projects that were completed by the private sector.

Looking ahead, a total of 661 megawatts of electricity is expected to be connected to the national grid in fiscal 2018-19. The government and NEA will frequently monitor, coordinate and provide necessary support to the projects to ensure they are completed on time, according to officials.

“We are focused on expediting construction of key NEA projects. These include 456MW Upper Tamakoshi, 14.8MW Upper Sanjen, 102MW Middle Bhotekoshi, 111MW Rasuwagadhi and 42.5MW Sanjen, which are to be completed by 2020,” said Prabal Adhikari, spokesperson for NEA. “Along with these hydropower projects, the government has completed the construction of 132 kV Balanch-Attaria transmission line, which is providing the backbone for the entire Province 7.”

In the last two years, NEA has taken all steps to complete the transmission line and many projects under the construction of private and NEA’s subsidiary. With this initiative, NEA has been in a position to announce load-shedding free Nepal.

TANAHU HYDRPOWER Major Breakthrough By A Correspondent 1 week, 1 day ago

Ethiopian Renaissance Dam Controversy: Egypt And Sudan For More Negotiations On Flow of Water In Nile By Agencies 2 months, 1 week ago

Bhutan Looks At Renewable Energy To Meet The Demands In Winter By NEW SPOTLIGHT ONLINE 2 months, 2 weeks ago