The only living member of the historic 1953 Everest expedition has appealed to climbers to respect the ethics of mountain climbing. 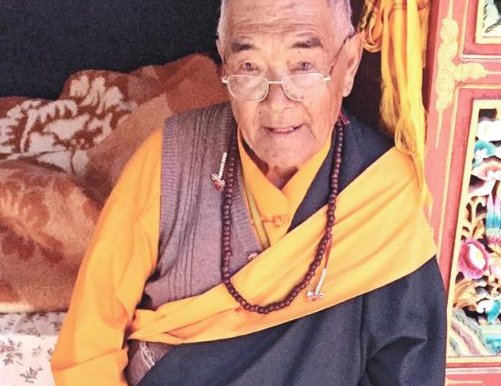 The only living member of the historic 1953 Everest expedition has appealed to climbers to respect the ethics of mountain climbing.

Talking to this daily at a monastery in Namche Bazaar on the eve of the 65th anniversary of the first successful ascent of the world’s highest peak, Kanchha Sherpa, 86, reminded mountaineers that Mt Everest was only for climbing, not a site for merry-making.

“These days, the ‘cappuccino’ tourists go to Everest and throw a party fully disregarding climbing ethics that the legendary mountaineers had set in the early days,” Sherpa, who guided the legendary climbers — Tenzing Norgay Sherpa and Sir Edmund Hillary — to the south summit on Mt Everest in 1953, said.

Respecting climbing norms would be a great honour to Tenzing and Hillary, Sherpa added. “It was really a tough attempt in 1953 and that was a real climb. There were no fixed ropes, no beer bars at the base and no continental dishes available at Camp II and above,” he said.

When it comes to May 29, Sherpa visualises the image of the legendary climbers who were sharing the joy of their achievement along with team members.

According to him, May 29, 1953 was a day of hope and excitement for the John Hunt, the leader of the British expedition who was down in Camp II, wondering what is happening on the top of the world. “Did Tenzing Norgay and Hillary made it to summit or not? There was no communication between the climbers and the leader down in Camp II.”

The next day, 30th May, John Hunt was looking through his binoculars up the Lhotse face, he saw three climbers – Goerge Lowe, Hillary and Tenzing. George made a sign on the snow slope with his ice axe a sign of a big T(Top). “This confirmed to John Hunt that Tenzing and Hillary made it to the summit. He was so happy and spread the news to his fellow members and the Sherpas that Mt Everest has been conquered,” he added. According to him, a team of 10 climbing Sherpas, including himself and his elder brother Ang Norbu, had already descended to Camp II from the south summit while the rest ascended from the base camp.

“The duo arrived at around 2:00pm at Camp II to share the happiness of their success,” he said, “We cried a lot as our hard work bore fruit.” Sherpa, who is now at Namche monastery for a five-day-long prayer, also recounted that Tenzing and Hilary hired over 400 porters to carry loads from Bhaktapur to the base camp.

The expedition, which comprised 35 persons including 15 members, took 22 days to reach the base camp and the summit was made in 45 days, the octogenarian said. “We reached Namche in 16 days while it took six more days to reach base camp from here,” he said, adding that they found a route in the icefall section only after seven days. They placed wooden ladders to fix the icefall route, he said. “We felled 20 trees in Namche to make temporary ladders.”

“We were paid eight rupees a day for carrying loads up the ice slope,” he said, adding that the team hired at least 25 porters, who carried silver coins to Namche to pay allowances to the support staff and five police personnel were also assigned to arrange security to the coin carriers.

“Tenzing and Hillary distributed our bonus at Namche and returned to Kathmandu,” he said, adding that Hillary again returned to Namche after a month to support a school project here.

Sherpa said he joined Tenzing’s team after his father Angbabu sent him to Darjeeling to support Tenzing’s family.

Sherpa, who continued his climbing career as high altitude worker till 1971, said Tenzing and Hillary’s contribution had lifted the living standard of Namche villagers. “I had been above Camp IV on many occasions, including with the 1963 American expedition, being a high altitude worker,” the father of six said. “But, I didn’t get visa for the Everest summit,” he laughed.

Since 1953, nearly 5,000 have made it to the summit of Mt Everest. “The credit for their success goes to Tenzing and Hillary, but the newer generation of climbers should respect climbing norms and values,” he said.