Photo Exhibition: ‘Glimpses Of The Top Of The World And Its Surroundings’ 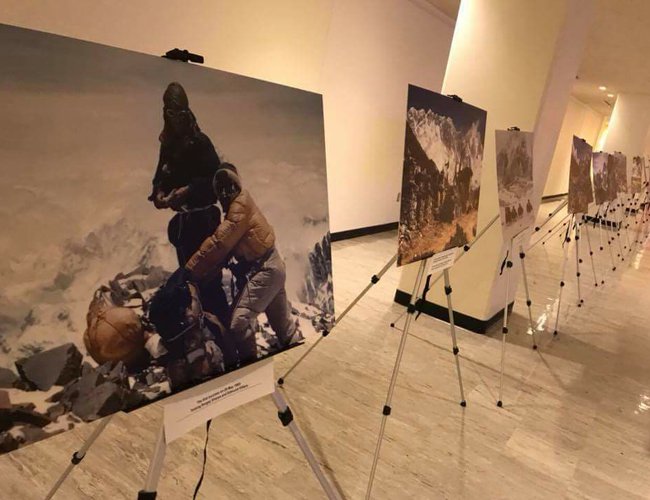 The Permanent Mission of Nepal to the United Nations in New York and the Consulate General of Nepal in New York organized a photo exhibition entitled. ‘Glimpses of the Top of the World and Its Surroundings’ at the United Nations Headquarters in New York. The programme was organized to commemorate the first scaling of Sagarmatha (Mt. Everest) by Tenzing Norgay Sherpa and Edmund Hillary on 29 May 1953. The exhibition includes 30 photos that highlight the grandeur of majestic Himalayas with a focus on Sagarmatha and its surroundings.

According to press release issued by Permanent Mission of Nepal to the UN, New York, the opening ceremony was held in presence of Ambassador Durga Prasad Bhattarai, Permanent Representative of Nepal to the United Nations, and Madhu Marasini, Consul General of Nepal in New York.

Permanent Representatives and other diplomats of various countries and representatives of the Nepalese community in New York were present on the occasion. The photos will be put on display until 01 June 2018.

Nepal Tourism Board and US Nepal Climbers Association Inc., New York, have supported the programme.

14 Districts Are Under Prohibitory Order In Nepal By NEW SPOTLIGHT ONLINE 2 days, 3 hours ago

India Has Doubled Its Security Forces In Kalapani By NEW SPOTLIGHT ONLINE 3 days, 5 hours ago