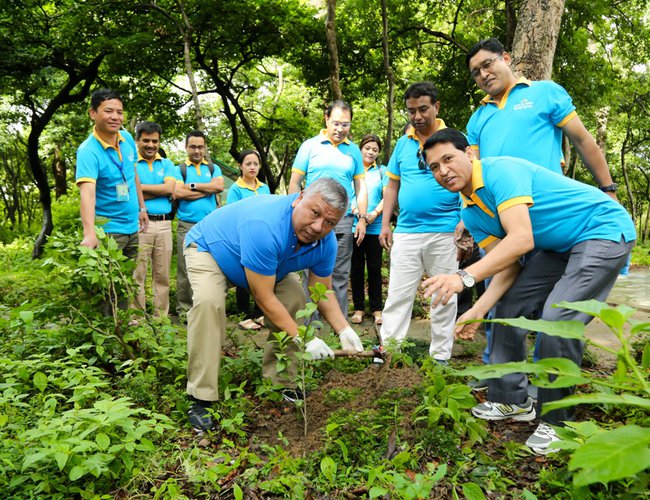 Kumari Bank has successfully conducted tree-plantation programme, marking the occasion of World Environment Day, 2018. The said-programme was carried out in two places: the first being at Baba Aashram, Tribhuvan International Airport premise followed by Bank’s Naxal Branch premise. The programme was honored by the bank’s Chairman, Santosh Lama as the Chief Guest in the presence of Bank’s CEO, Surender Bhandari along with the Bank’s other Chiefs and officials. Similarly, Kumari Bank’s branch offices have planted fruit saplings in their branch premise.

According to press release issued by Kumari Bank Limited, the bank organized this impactful CSR activity, under the NRB’s notice of “One Employee, One Fruit Tree”, in which all BFIs were requested to participate, as a way of their contribution to the greenery preservation movement in the community they operate in.

TRISHULI RIVER BASIN Call For Protection By A Correspondent 6 days, 13 hours ago