While Nepal has signed up for a rail link with Tibet, it stands to gain more from projects with the Indian Railways. 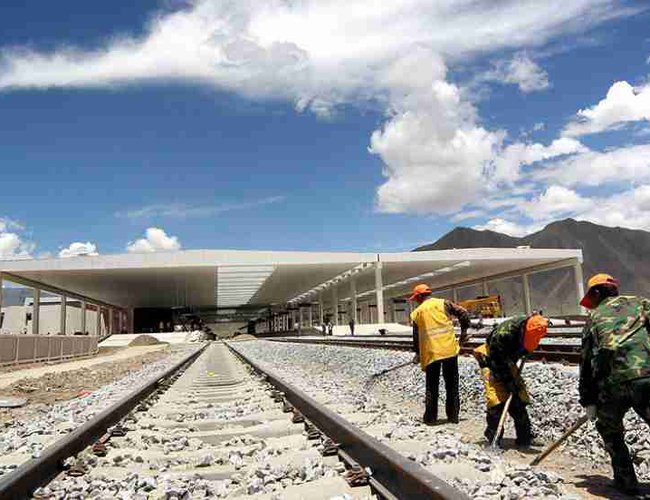 Nepalese Prime Minister KP Sharma Oli’s visit to China last week was not quite the blockbuster it was made out to be, given his ideological leaning towards Beijing. Instead, it reflected the healthy realism that Nepal cannot build ties with China at the expense of India.

Among the agreements the two countries announced was a decision to extend China’s Tibet railway from the Tibetan city of Shigatse, north of Sikkim and 248 km to the west of Lhasa, to the Nepalese capital Kathmandu. In the first stage, a 564-km line would connect Shigatse to Kerung, 24 km from the China-Nepal border, while the second stage of the project entails developing a 174-km link to Kathmandu, across the Himalayas.

This opens up the dramatic possibility of the first trans-Himalayan rail link that could go all the way to India. Recall that Prime Minister Narendra Modi had announced in April, when Oli was visiting New Delhi, that India and Nepal would build a railway line connecting Kathmandu with India.

There are, of course, many obstacles in the way before these dream projects can be executed – the terrain, the danger of earthquakes and, not in the least, the way they will be financed. Nepal would ideally like outright grants, though neither China nor India would be inclined to agree. A more relevant question is whether a trans-Himalayan railway is economically viable. The volume of trans-Himalayan trade, current and potential, and the thinly populated Tibetan region do not suggest it is.

In 2016, following a four-month-long economic blockade along the Indian border that Kathmandu blamed on New Delhi, the angry Nepalese signed what were billed as “game changer” agreements with China, including a transit and trade memorandum of understanding designed to end Nepal’s dependence on India. Besides road and rail links, Nepal sought to develop new fibre optic links and a petroleum supply agreement with China to bypass India.

After the 2015 border blockade led to tensions with India, an angry Nepal had signed agreements with China to reduce its dependence on New Delhi. (Photo credit: AFP)

After the 2015 border blockade led to tensions with India, an angry Nepal had signed agreements with China to reduce its dependence on New Delhi. (Photo credit: AFP)

Oli swept the 2017 general elections on a platform of opposing India. But bowing to reality, he decided to hit reset in his ties with India and ensured that his first visit abroad in April was to New Delhi. By then, Oli had realised that there was a geographical limit to the extent to which China could help Nepal reduce its dependence on India. This is evident from the fact that even today, Nepal remains totally dependent on India for its internet connections and oil supply. Indeed, during Oli’s India visit, he and Modi inaugurated a 69-km oil pipeline project linking Motihari in Bihar to Amlekhganj in Nepal, which is scheduled to be completed by March 2019.

During the visit, the two countries also spoke of plans to boost ties in the areas of defence, security and connectivity. Modi announced a new railway line connecting Raxaul in Bihar to Kathmandu. There was some important signalling here, considering an earlier Chinese proposal for a rail link from Kerung to Lumbini in Nepal’s Terai region, bordering India.

This had set off alarm bells in New Delhi, which were heard in Kathmandu. And so, a compromise of sorts has been arrived at that will enable the Indian and Chinese railway systems to meet in Kathmandu. India has been reluctant to directly take up any kind of trilateral cooperation in Nepal with China. This reluctance stems partly from its refusal to support Beijing’s ambitious Belt and Road Initiative and partly from its belief that its relationship with Nepal is qualitatively different from that of China.

Tibet-Nepal trade originally went through Kalimpong in West Bengal. After the Sino-Indian dust-up in 1959, it moved across to the Kodari highway to Kathmandu. But the Nepal earthquake of 2015 shattered the old Kodari route, which remains closed and the Chinese appear reluctant to reopen it in a hurry. In the meantime, the Chinese have opened another border crossing to Rasuwagadhi, though the infrastructure here is far from complete.

The Chinese had, in any case, planned to link Kerung with Shigatse, the terminal point of their railroad into Tibet, by 2020. Now, it seems that they would like to extend the link to Kathmandu itself.

The 2016 trade and transit treaty allows Nepal to use China’s sea ports – which are, of course, more than 3,000 km away. Nepal, therefore, has more to gain by linking with the Indian system and using Indian or Bangladeshi ports. Economic benefit is more likely to flow from the proposed 141-km Kathmandu-Raxaul line and broader links to the Indian railway system, towards Delhi in the west and Guwahati and Kolkata in the east, and to Bangladesh.

The extensive Indian railway system touches the Nepal border across its length in the south. But north-south linkages are virtually non-existent, as are railroads in the Terai. In recent years, efforts have been made to link the Indian system to the Nepal border at five points.

Following Oli’s visit, India has agreed to carry out “preparatory survey work within one year” and move towards a detailed project report as far as the Kathmandu-Raxaul line is concerned. It has also committed to completing smaller cross-border railway linkages from Jayanagar (Bihar) to Janakpur and from Jogbani (Bihar) to Biratnagar Customs Yard within this year. In addition, work to complete the Jayanagar-Bijalpura-Bardibas and Jogbani-Biratnagar rail links will be given priority.

In the second phase of cross-border rail link projects, the two sides will take up connections between New Jalpaiguri in West Bengal and Kakarbhitta in Nepal, Nautanwa in Uttar Pradesh and Bhairawa across the border, and Nepalgunj Road in Uttar Pradesh and Nepalgunj in Nepal. Whether these links are viable will depend more on the economic logic of Nepal-India relations rather than on political optics.

This article first appears in Scroll.in 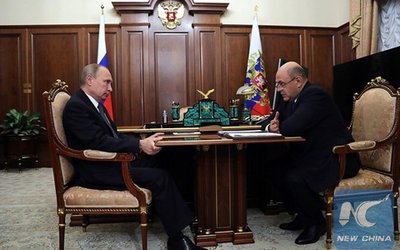