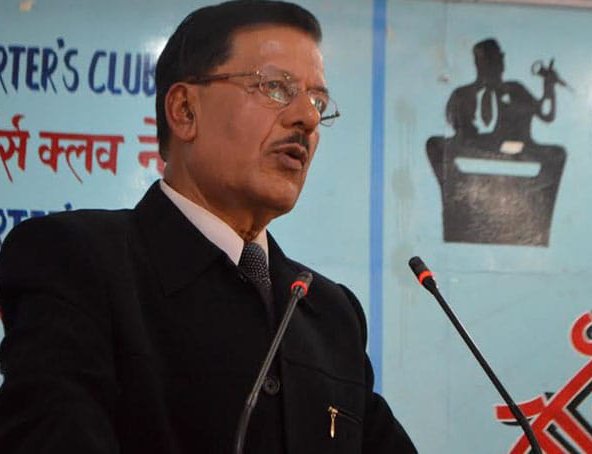 A decision of the government to nominate former chief election commissioner Nilkantha Uprety as an ambassador to India has landed in constitutional controversy regarding whether the position of ambassador is political or administrative.

The cabinet meeting proposed former chief election commissioner as ambassador to India. Article 245 clause 8 says not the persons who serve as a head of constitutional body is not eligible for the government appointment. However, the article also says this does not mean that it bars appointment in political position. The debate now intensifies whether ambassador is a political or administrative position.

Chinese Embassy Issues A Strong Protest Against An Article Published In English Daily By NEW SPOTLIGHT ONLINE 5 hours, 55 minutes ago