Managing Director of Nepal Airline Corporation (NAC) Sugat Ratna Kansakar has said that Nepal Airlines will undergo a strategic shift along with the addition of the two wide-body aircraft in its fleet, with more focus on Nepal’s tourism sector. MD Kansakar said that wide-body aircraft have enormous benefits in the country’s tourism sector and also the entire economy, which many people fail to realize. 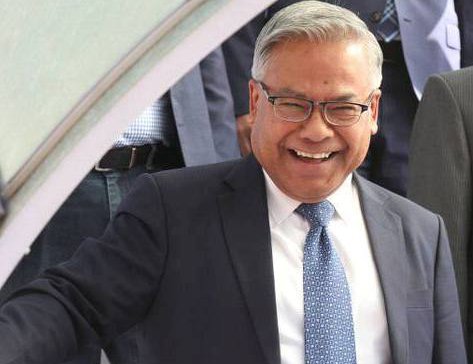 Managing Director of Nepal Airline Corporation (NAC) Sugat Ratna Kansakar has said that Nepal Airlines will undergo a strategic shift along with the addition of the two wide-body aircraft in its fleet, with more focus on Nepal’s tourism sector. MD Kansakar said that wide-body aircraft have enormous benefits in the country’s tourism sector and also the entire economy, which many people fail to realize.

“It might be challenging for Nepal Airlines for a few months to fly the new wide-body aircraft with full occupancy, but we are confident about these aircraft gradually witnessing good seat occupancy,” said MD Kansakar, who even risked his career five years ago, ordering Airbus to Nepal Airlines.

MD Kansakar, who was given a clean cheat by court. was even sent to prison in his decision to purchase new aircraft for Nepal Airlines Corporation, which was virtually at the stage of collapse due to lack of aircraft.

There are risks in any business and it is all about managing those risks and having a contingency plan. We have done a thorough homework and I can say that the new Airbus A330-200 aircraft have numerous benefits. These long-range planes can fly continuously for over 10 hours —meaning these aircraft can fly non-stop to Japan, Korea and a few European nations. NAC mainly chose the Airbus A330-200 over other aircraft due to its long flying capacity. As Nepal Airlines plans to eventually fly to European nations, these 274-seater wide-body aircraft will play a significant role to tap European tourists. A few people had even questioned the ability of NAC to operate wide-body aircraft. But such inferiority complex impedes the growth in any sector,” said Kansakar.

As Nepal Airlines’ share in the international flight segment among the airline companies that operate at the Tribhuvan International Airport is around 10 per cent, MD Kansakar is confident that the share will increase following the operation of all aircraft.

“You will see a drastic change next year. As the second aircraft is scheduled to arrive on July 26, Nepal Airlines capacity will go up.

The truth is that NAC’s average seat occupancy in international flights is above 75 per cent, which is the global average. “It might be challenging for Nepal Airlines for a few months to fly the new wide-body aircraft with full occupancy, but we are confident about these aircraft gradually witnessing good seat occupancy. We have already decided to recruit one general sales agent (GSA) each in Seoul and Narita, who will take the entire responsibility of marketing Nepal’s tourism and the national flag carrier in their respective countries. GSA is not required in all destinations. We do not have any GSA in Hong Kong, Thailand and Kuala Lumpur. The GSAs will be responsible for ensuring that Nepal Airlines’ aircraft fly to and from their nations with better seat occupancy.”

Currently, NAC operates flights to eight international destinations, with NAC’s seat occupancy in some destinations better than other rival airline companies. It has to be noted that any new star hotel that starts operation will not have full room occupancy overnight. It is the same with any new aircraft too.

Solution To Shortage of Cockpit

Shortage of cockpit crew, especially pilots, is being faced by airlines across the world. Even Chinese and Indian airlines have employed foreign pilots. Despite such crunch, NAC is currently able to operate its Airbus A320 with its own cockpit crew. Even Airbus is surprised with the capacity that NAC has developed in the past few years to operate Airbus A320 with Nepal’s own cockpit crew members. “However, we cannot operate all our aircraft with our own crew members. The only option is to hire foreigners. In a bid to operate the two new wide-body aircraft, we recently published global tender seeking pilots and other crew members. We expect interested foreign companies to submit their sealed quotations within a few days and NAC will hire competitive crew members, especially pilots, to operate these aircraft.”

In terms of appointing foreign pilots, NAC will give due priority to the number of hours that the pilots have logged in their career till date. For the two A330-200 wide-body aircraft, we require 18 pilots and co-pilot each. “We have already trained four Nepali co-pilots and four pilots to operate the wide-body aircraft. This means that we will hire 28 foreign cockpit crew members through the competitive bidding.”

Appointing a strategic partner for NAC is completely within the jurisdiction of the government. “As far as I know, the Ministry of Finance has sent back the proposal of the Ministry of Culture, Tourism and Civil Aviation (MoCTCA) to appoint concerned strategic partner for NAC, raising a few questions. In fact, there is also debate among employees of NAC on whether it is necessary to bring in a strategic management partner at NAC or not. Similarly, questions are also being raised on the goals that the government wants to fulfill by bringing in a strategic partner. Till today, NAC has been managing all the technical and commercial aspects through its own staff and the result has been satisfactory. NAC’s engineers and technical manpower are globally competitive. Also, the concept of a strategic partnership has not been tried so far in any of the existing government-owned entities. If a strategic partner is hired for NAC, it is going to be the first experiment for Nepal. Bringing in a partner might also mean that the partner will have some stake in NAC. But this is not possible, as NAC cannot sell its share to other firms as per existing legal provisions. We can sell shares only if NAC is converted into a company. But big airlines can be brought in as a partner of NAC without any stake. So, it is all up to the government.”

It is again all about the policy of the government. The government should analyze whether or not strategic partners are necessary for NAC. But the decision should be guided by the performance of Nepal Airlines by using available data. NAC handles almost 2.5 million baggages every year. A few baggages are mishandled sometimes. Taking this sporadic lapse into consideration, is it necessary to bring a strategic partner? The performance of any airline is judged on the basis of reliability, occupancy and punctuality. “In all these three aspects, I believe that Nepal Airlines is operating at par with the global average statistically.”

The major constraint of NAC is lack of aircraft. “Recently, the ambassador of Myanmar to Nepal urged me to conduct direct flights to Myanmar citing that its citizens are interested to visit Nepal. Similarly, the Sri Lankan government is also urging NAC to start direct flights to Colombo. If we have enough aircraft, it will automatically improve the position of the national flag carrier.”