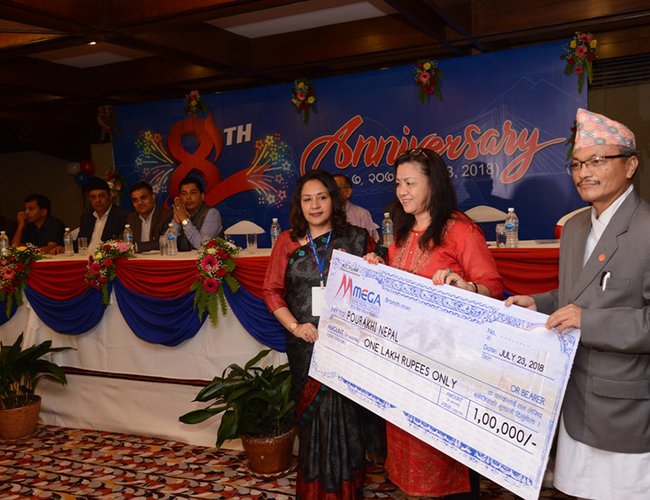 Mega Bank Ltd has announced to construct its own corporate building within four years. Chairman of the bank Bhoj Bahadur Shah announced this during a program organized to celebrate eighth anniversary of the bank.

The bank completed the establishment of eight year entering nine years. Addressing the program chairman Shah said that it is a matter of pride to be a second largest commercial bank in the country in terms of paid capital.

Chief Executive Officer Anupama Khujeli said that Mega Bank is able to prove itself as a best brand in banking sector. “Our priority is to improve service and introduce new programs as wish of the costumers,” said CEO Khujeli.

Under the corporate responsibility the bank has provided the financial support of Rs 100,000 to Pourakhi Nepal, an NGO working to provide quality education and Tshering Tawa Buda, from Upper Dolpa for higher education, as part of its corporate social responsibility.