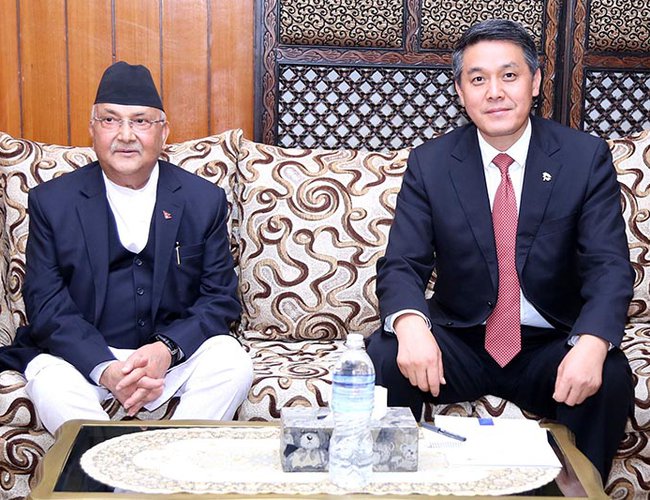 Prime Minister KP Sharma Oli has pledged to implement the transport and transit agreement signed with China during his first stint as the PM soon.

PM Oli said the agreement on transport and transit signed between Nepal and China some two years ago would be taken to a conclusion soon. “As Nepal is a landlocked country, we want to increase our access to the sea through this agreement,” the prime minister said.

On the occasion, Chinese Deputy Minister Wang said it was an appropriate time to expand Nepal-China relations and added that China was hurrying to implement the agreements signed between Nepal and China during PM Oli’s China visit last year.

Wang said the government-to-government and people-to-people relations between the two countries should be made harmonious.