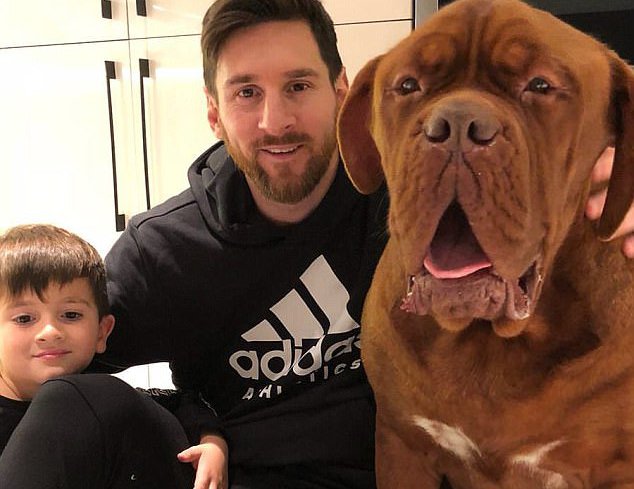 Lionel Messi has made a career out of embarrassing opposition defenders – but now the Barcelona superstar have even taken to making a fool out of his gigantic dog.

The 31-year-old is enjoying some down time on his pre-season break after Argentina’s World Cup campaign fizzled out in the round of 16.

A video clip of Messi playing keep away from his massive Dogue de Bordeaux, who is aptly named Hulk, has been doing the rounds on social media this week.

And who are we to judge? Everybody unwinds and vents their football frustration in different ways.

Messi was enjoying the kickabout in his back garden with his sons Mateo and Thiago, one of whom can be heard saying: “He [Hulk] is very good at playing football.”

“Yeah, but dad is better,” replies Messi’s other son.

It is not the first time that Hulk has had shared some of the spotlight with his owner on social media.

It's not been long since Lionel Messi left the World Cup tournament so clearly the Barcelona star needed to get out in the sun and kick a ball around.

But who could he have a kick about with...? His dog of course!

Watch him show off his footie skills with his four-legged pal.