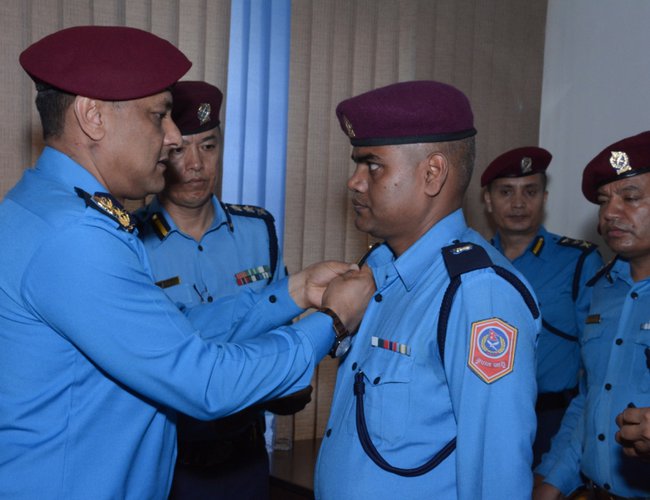 Inspector General of Police (IGP) Sharbendra Nath Khanal conferred insignia on newly promoted eight inspectors of technical departments amid a function. According to a Nepal Police News Bulletin, all these inspectors are promoted under a decision at secretary level of Ministry of Home Affairs.

Out of eight technicians, four are from communication and two each from health and music.