Another Nepali adage says paap dhuri bata karaunchha (or sins get heralded from rooftops). The sins of the party and its neo-feudal bosses, who were beneficiaries of all these most un-socialist, un-Marxist or un-Maoist shenanigans, have been exposed, taking with them not just their reputation but that of their senior ministers, journalists and PONGO chieftains, journalists and women's rights activists. 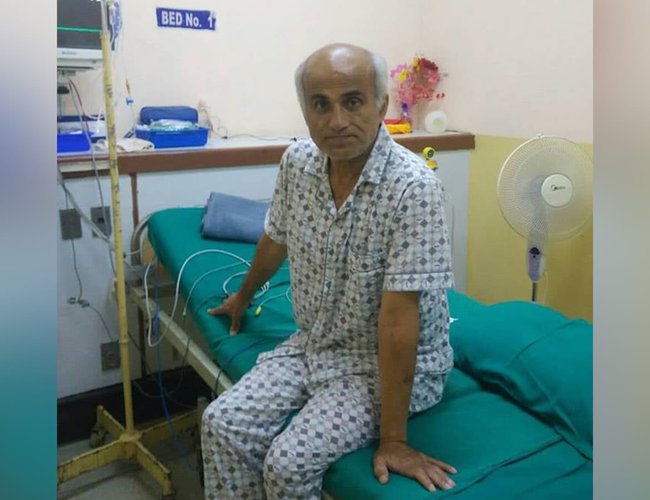 Even though the post-World War-II generation of Nepali politicians were mentored within the Gandhian politics of Indian Independence, Nepal's politics rarely experienced the power of Gandhi's Satyagraha (non-violent non-cooperation founded on deep ethical beliefs and values rather than coercive viciousness). Anti-Rana revolution of 1950 was an armed violent struggle as was the decade-long Maoist insurgency started in 1996, which together with the anti-Panchayat movement of 1990 was aided and abetted by Mughlani coercion and subterfuge. Given that the current leadership in all the three major parties – Kangress, EhMaLey and Maoist MaKe the last two merging to become EhMaKe – have been in power for the last quarter of a century, the new, under-40 generation is restless, confused and angry with the state that Nepal is in. It is for this generation that the good doctor Govinda KC's Satyagraha has come as a breath of fresh hope.

Even though KC's struggle was limited to medical education reform and not even the reforms badly needed within the entire medical field, leave alone in other sectors such as engineering and infrastructure or finance and taxation, his struggle has inspired a whole new generation into pursuing an alternative, peaceful, issues-based politics different from stale, hate-inspired Leftism or degraded Kangressi "democratic socialism" basking in BP Koirala's reflected glory. What KC has also demonstrated is that reforms – whether in medicine or religious and social practices – cannot be imposed from the outside: it has to be brought about from within, by those few honest and daring ones who have practiced it honestly and seen the rot within. But more importantly, KC's campaign has become a mirror to show our current political masters of the Loktantrick variety that the emperor has no clothes.

The current Oli EhMaKe government enjoys 2/3rd majority in parliament, but in many ways is beginning to look like a weak government, primarily because of its own mis-doings. It announced a much-needed policy to get rid of transport cartels – whose sub-standard buses and inexperienced but protected drivers are costing way too many Nepali lives in road accidents – but then backed down under pressure from its own party cadres that own those syndicates. It announced reforms in the NGO sector to promote transparency and make NGOs less of an untaxed business and more of a civic service; however, under pressure from its own PONGOs (party-organized NGOs) who happen to be, or control, some say almost 80% of NGOs in Nepal, it backed down and withdrew the measures. It cracked down dramatically on gold smuggling, but when it looked like some big party folks would fall into the net, all investigations are now being swept under the carpet. There is an old Nepali adage that says laharo tanda paharo garjinchha (or when you pull a vine make sure half the hillside does not come down with it!)

That fear of the party bosses has now come true but in a most unexpected manner. Another Nepali adage says paap dhuri bata karaunchha (or sins get heralded from rooftops). The sins of the party and its neo-feudal bosses, who were beneficiaries of all these most un-socialist, un-Marxist or un-Maoist shenanigans, have been exposed, taking with them not just their reputation but that of their senior ministers, journalists and PONGO chieftains, journalists and women's rights activists. KC's Satyagraha exposed some of the worst rot within not just the Left but also the current opposition Nepali Kangress. First, ends don't justify means: what kind of a government is it that lies and spreads false rumours of the death of a policeman to force KC out of Jumla? Do those running governments forget something called responsibility – that falsehood even for a supposed good cause undermines a government's credibility completely? Now, who could trust anything this government says? Which is probably why many still doubt the 26th July nine-point agreement will be implemented honestly and feel that the good doctor will have to go on a fast all over again. Second, after Oli's firman to party cadres to come out and support the government against KC's Satyagraha, many otherwise well-respected figures came out with unbelievably slavish statements supporting the party line. The adamant statements of Oli and his education minister that they would not accept any of KC's demands were not just uncouth: when they ultimately backtracked and agreed to the nine-point deal, they destroyed the credibility of a slew of EhMaKe leadership and party intellectuals/civic front leaders. Finally, what kind of socialism or communism is it that allows unbridled privatization of the education and medical sectors that are in essence public goods; and what kind of a communist government is it that bats for privatization of public goods, and that too in the interests of shady crony capitalists?

Sad but comical were some of the desperate charges levelled against Govinda KC by this "revolutionary" lot. One was that he was a salaried employee of a government-run hospital and hence had no right to protest against the government. Now, this is a bit too rich coming from a party that has organized trade unions in just about every government department whose job it is to make governing impossible when another party is running the ministry. Another accusation against KC was that the strike by doctors in his support was killing patients by denying them much needed medicine. This too is a charge difficult to stomach when it comes from a party and leaders who began their political rise with the murder of farmers in Jhapa in 1970 and the killing of 18000 Nepalis between 1996 and 2006. Yes, civil servants must be above partisan politics, but first disband your party trade unions within the ministries and parastatals. Yes, doctors should serve the sick even under the most adverse conditions, but could you first prove that you have given up violence as a political means before preaching to others?

Another charge was that the Mathema report and KC's Satyagraha were out of place because the Mathema report was done before the 2015 constitution and the subsequent elections. These now give the right to deal with education and health issues to the provinces whereas the Mathema report and the old directive is based on the idea of health education being a central subject. This is truly an argument that is laughable in its desperation: the 2015 constitution demands that the government deliver socialism, and the electoral mandate from the people certainly did not ask that practically illiterate people who had not even graduated from high schools be allowed to run medical colleges as a black money laundering business!

If this episode has exposed the ruling Left as ideologically flawed, it has not salvaged the reputation of the Nepali Kangress either. Indeed, its cynical attempt to exploit the public support of KC's Satyagraha has angered many who did voluntarily back KC and would normally be considered safe Kangress voters. Quite a few of KC's many hunger strikes happened when the Kangress was in power and really did nothing to address these issues. Even worse, some of the other shady medical colleges were given affiliation by a plagiarist vice-chancellor and officials of Tribhuvan University who were nominated to those posts by the Kangress. The Gauri Bahadur Karki commission recommends taking action against them, but the Kangress supremo Deuba has threatened a jihad against the current government if it tries to dislodge them!

KC Satyagraha has revealed deeper rot within Loktantra. It is bad enough when its leaders preach democratic socialism, Marxism and Maoism only to practice crony capitalism and loot-tantra. A popular expression going around is that it is not Marxism-Leninism that they practice but Marsi-bad Lanedane-bad (a play of "ism" words around the rare marsi rice sumptuous dinner enjoyed by Oli and Prachanda at the house of a medical mafioso and the lanedane (deal) struck there). It gets worse when they launder their corruption money through colleges and hospitals. It gets immeasurably worse when one sees that under the Panchayat before 1990 Nepal's official budget was one-third administration and two-thirds development: under Loktantra since 1990 and much worse today, it is just the reverse – two-thirds administration (meaning salaries and pensions to party cadres) and one-third development, that too indiscriminate, bereft-of-engineering, road-gouging in fragile hillsides by dozer-owning local party lords.

If this be socialism or communism, the country might be better off with a return to the Panchayati values of governance! Indeed, it was widely tweeted when the near-final round of talks between the government and KC's team collapsed that there was sloganeering "Ganatantra Murdabad! (i.e. Down with Republicanism!) by frustrated doctors in Teaching Hospital. It is believed that is what prompted the government to back down and come to an agreement with the KC team, proving that you need an institution above party politics to discipline our wayward and nirankush (i.e. not held back by reins, ethical or legal) politicians.

It may be too much to expect the current crop of party leaders to read, let alone read Karl Polanyi but his wise words are very much what Nepal should heed: a society should use the market wisely and effectively but society (or its government) should not be put to the service of the market.

With Sighs Of Relief By Hemang Dixit 19 hours, 26 minutes ago

Democratic Distortions Bite Back By Dipak Gyawali 1 day, 11 hours ago

Oppression Of Women By Deepak Raj Joshi 3 days, 9 hours ago

Why Is The Stock Market Price Rising Despite The Covid-19 Pandemic? By Shanker Man Singh 4 days, 7 hours ago

What India Should, And Shouldn’t, Do In Nepal By S.D. Muni 1 week ago