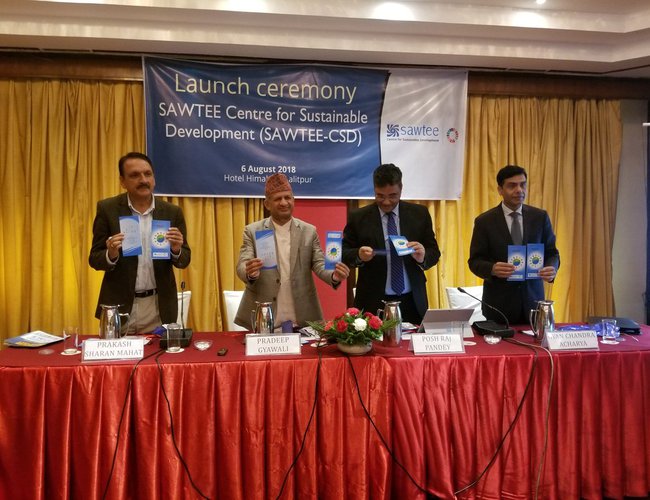 Minister for Foreign Affairs, Pradeep Kumar Gyawali said that Nepal has already internalized the SDGs in its policies and programs and is working towards integrating them at local levels, which will necessitate support from all stakeholders—domestic and international.

Launching the Centre, SAWTEE Centre for Sustainable Development, today in Kathmandu, minister Gyawali said that Nepal remains committed to achieve these goals before 2030.

“Building on our experience and relative success in the implementation of MDGs, the Government of Nepal has fully internalized the SDGs into the national policies and plans. It is imperative now to mainstream and integrate them in the provincial and local level plans and programs. We were the first country to prepare national plan of action for SDGs. Nepal participated in Voluntary National Review at the High Level Political Forum last year and we are preparing for the next year's review of the progress after 4 years of the SDGs' adoption,” said Minister Gyawali.

“Implementation of SDGs is critical for Nepal’s ambition of graduating from the LDC status. Progress in SDGs can contribute for smooth and sustainable graduation as we endeavor to raise our performance in income criteria,” said Minister Gyawali. 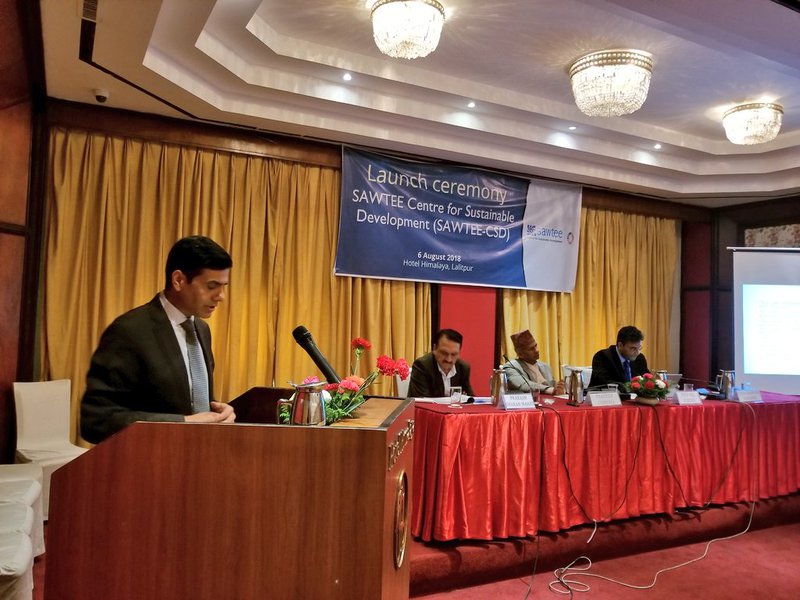 The Centre launched will initially focus on economic transformation in line with the Sustainable Development Goals’ principles of inclusiveness, equity, sustainability, gender mainstreaming, multi-stakeholder approach, good governance and global partnership while also looking at all SDGs in an integrated manner, according to former Under-Secretary-General of the United Nations, Mr. Gyan Chandra Acharya, who will be leading the Centre.

During the event, Dr.Prakash Saran Mahat, former foreign minister emphasized that Nepal’s constitution envisages sustainable and inclusive development, however, the goals could be obtained only through rule-based implementation of these laws and rights. 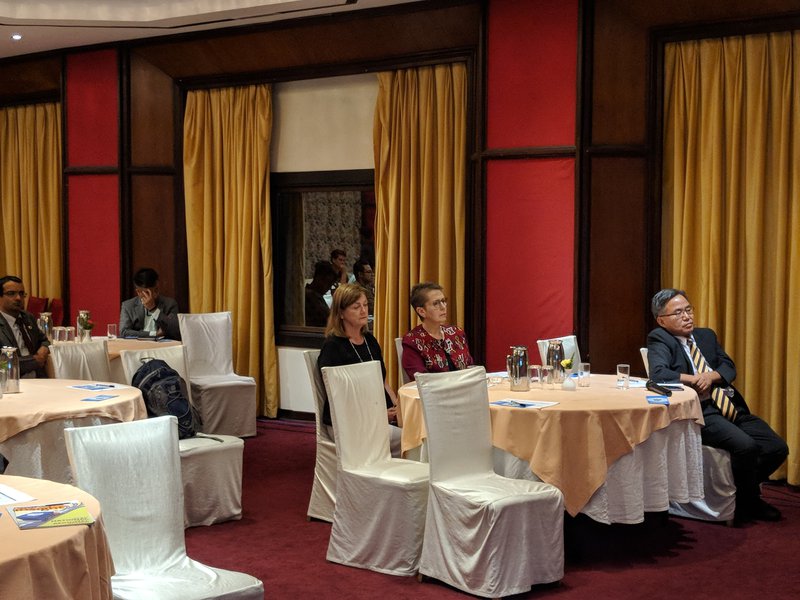 According to a pres release issued by SAWTEE, the Centre will bring together politics, policies and expertise devoid of ideological content and material interest while fully adhering to scientific approach and ensuring non-partisan research, pointed out Dr. Posh Raj Pandey, chairman of SAWTEE during the event.

He added that the activities of the Centre will contribute not only in existing issues and policies but will also provide alternate ideas to decision makers.

SAWTEE Centre for Sustainable Development (SAWTEE-CSD) has been established to promote and monitor inclusive and sustainable development in Nepal. It is an independent, non-partisan research and advocacy institution.

While the government has to take a lead role in the development of a country, it cannot deliver it alone. A multi-stakeholder approach is key to success. In this spirit, the Centre seeks to play the role of a catalyst and contribute—through research, analysis, dialogue and advocacy—to the country’s accelerated development. The accent will be on structural transformation and job creation, also envisioned by SDGs. The fundamental essence of these goals—an integrated, holistic and multi-stakeholder approach, sustainability, gender mainstreaming, leaving no one behind, and global partnership—will guide the Centre’s activities.

The Centre will be collaborating with all stakeholders in carrying out its activities, including political leaders, civil servants, the private sector, development partners, experts, the academia and beneficiaries.

The Centre aims to pursue a bottom-up approach and contribute to developing a coherent national strategy for the structural transformation of Nepal’s economy that is people-centred and sustainable. Nepal’s adoption of a federal, democratic and republican structure warrants this as all the constituent federal units are responsible for economic development and related activities. 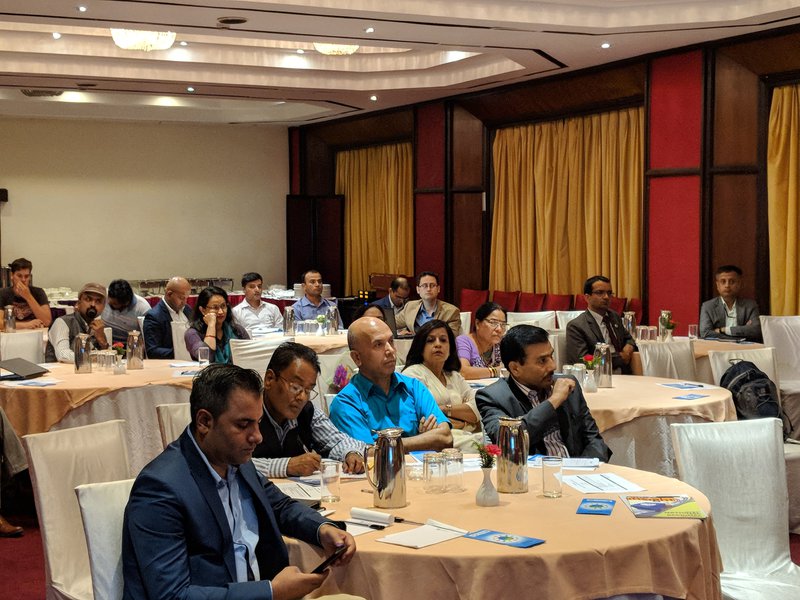 Nepal is a least developed, landlocked and post-conflict country. Global support and partnership plays a critical role in its development efforts. The Centre seeks to aid the national leadership in its development efforts, while enabling an enhanced, meaningful and comprehensive global partnership in the spirit of mutual accountability. The Centre also aims to advance regional cooperation among South Asian nations and beyond in their collective pursuit of sustainable development. This is necessitated by Nepal’s geographic location, its role in the creation and promotion of South Asian Association for Regional Cooperation (SAARC), its membership in other sub-regional and inter-regional groupings. The regional partnership is part and parcel of the global partnership, as envisioned by SDGs.