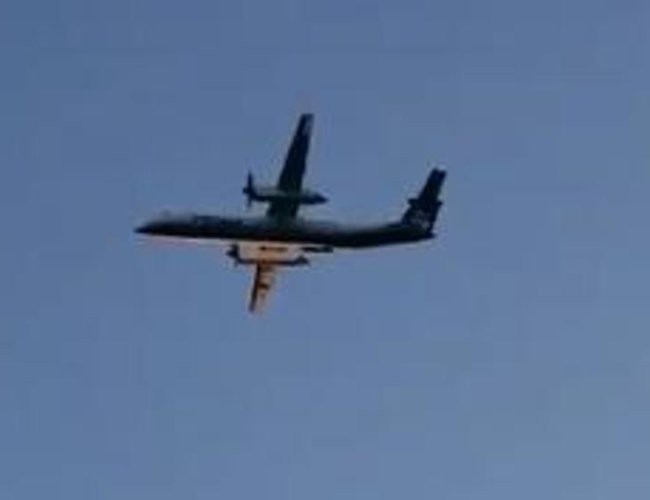 A 29-year-old suicidal man stole a Horizon Air Q400 plane from Seattle’s international airport for a short, dramatic flight before crashing on a nearby island.

The local Pierce County Sheriff, Paul Pastor, confirmed via Twitter that the man — believed to be an employee of Horizon Airlines — was acting alone when he made the unauthorised flight and was chased by F15 fighter planes.

Caught on video, the chase ended when the turboprop 76-seater aircraft crashed on Ketron island, around 50km southwest of Seattle.

One report said the man joked with traffic controllers during the short flight as F15s chased him that he was going to jail.

The Pierce County Sheriff’s Office said on Twitter the crash may have been caused by the mechanic “doing stunts in air or lack of flying skills.”

It said the F15 fighter planes “made it within a few minutes of theft of plane. Pilots kept plane out of harms way and people on ground safe.”

We've confirmed a Horizon Air Q400 that had an unauthorized takeoff from SeaTac around 8pm has gone down near Ketron Island in Pierce County, WA. We're working to confirm who was on board, we believe there were no guests or crew on board other than the person operating the plane.

Alaska Airlines confirmed the crash tweeting, “We’ve confirmed a Horizon Air Q400 that had an unauthorised takeoff from SeaTac around 8pm has gone down near Ketron Island in Pierce County, WA.

“We’re working to confirm who was on board, we believe there were no guests or crew on board other than the person operating the plane.”

After the stolen Air Q400 took off without authorisation from Seattle’s SeaTac airport it went into lock down with all flights halted.

In the audio a man can be heard saying, “I think I am going to try to do a barrel roll and if that goes good then I am going to go nose down and call it a night.”

Locals tweeted after seeing the plane flying up, then being chased by the jets and ending in the fiery crash.

One person tweeted: “We saw it flying over the magnolia area around 8:10 ish and thought it was really odd since it was flying low and doing weird turns, how crazy!!”

One man wrote on Twitter, “Some dude stole a plane from #Seatac (Allegedly), did a loop-the-loop, ALMOST crashed into #ChambersBay, then crossed in front of our party, chased by fighter jets and subsequently crashed. Weird times.”

Local radio reports said firefighting helicopters were dispatched to Ketron Island to put out small fire burning after the stolen Q400 crashed on the south end.

International Air Travel Demand Won’t Be Back Until 2024 By NEW SPOTLIGHT ONLINE 1 week, 3 days ago 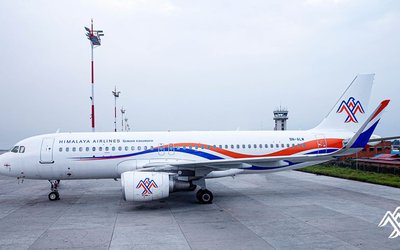 Nepal Extends Suspension of International Flights By May 31 By NEW SPOTLIGHT ONLINE 2 weeks, 6 days ago