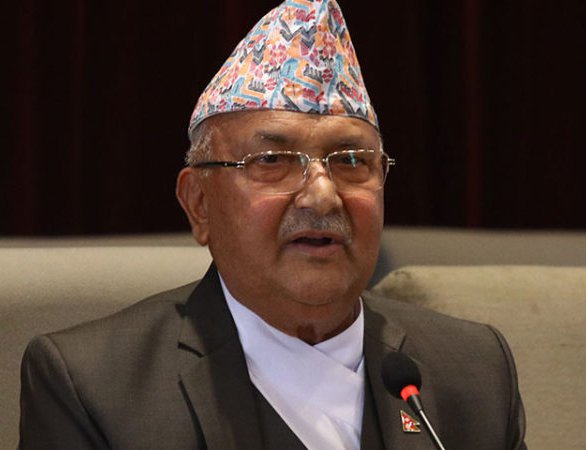 K.P.Oli took over as Prime Minister in mid February. It is still too early to judge his performance in five months of his rule. Yet, all indicators point to a disappointing performance. The dissatisfaction of both the Press and the Public with the government are very palpable and the daily newspapers do not waste a moment to criticise the government on some issue or other. One of the Analysts had described Oli’s government as “Oliyarchy”

Oli had won a stunning majority on a platform of nationalism and a promise of economic prosperity and social progress. He promised an eight percent growth and a per capita income of 5000 $ in five years. Yet the steps taken by him so far do not give any hope of such development and promises remain only as promises.

Nationalism is a very sensitive and yet a dangerous issue. History has shown that nationalism was misused to exploit the people. Oli has come to power on a strong appeal for nationalism but it has to be followed by good governance which is lacking.

Still, it looks that Oli has been harshly judged. May be, his style of functioning with no holds barred is not liked by many including those in the Government. Oli is also not seen to be getting any support from his party colleagues either and even the normally active Maoist leaders like Dahal are mostly silent and perhaps enjoying the discomfiture of the Prime Minister!

To his credit, Oli started off very well. He ended the transport syndicate which had been looting the public with official support. Despite international objections, he forced the UN to close its Political Affairs office. He placed regulations on the activities of “foreign Volunteers” and barred construction activities on cultivable land. His Home Minister began well by making the contractors accountable for fulfilling the contracts on time and fining them if they do not do so in time. And there it ended.

In spite of having a two third majority and being assured of a full term of five years, Oli’s government gives the feeling of being under “siege”. The frustration of the Prime Minister is seen when he deals with criticism with disdain and arrogant satirical responses even in the Parliament!

The opposition- the Nepali Congress is seen to be deeply insecure and is not acting as a powerful opposition party. Besides poor leader ship with not so competent Deuba in charge, the party is only indulging in picking holes and not making any constructive suggestion and it does not seem to have any vision either. The party has not yet attempted to win over Terai which had been consistently electing them to the Parliament. Their stand towards constitutional amendments is also not known. The only good development is that younger leaders like Gagan Thapa are being given more space!

Oli has also not handled a few major issues that are critical and that needed his personal attention and prompt action. Some of his actions done with good intention have not had the support of the people. In two instances the Supreme Court had to issue Stay orders.

As a seasoned politician, Oli knows very well that people who had very high expectations are feeling let down. It is time he changes his style of functioning and ensures that the people have confidence in him and his Government.