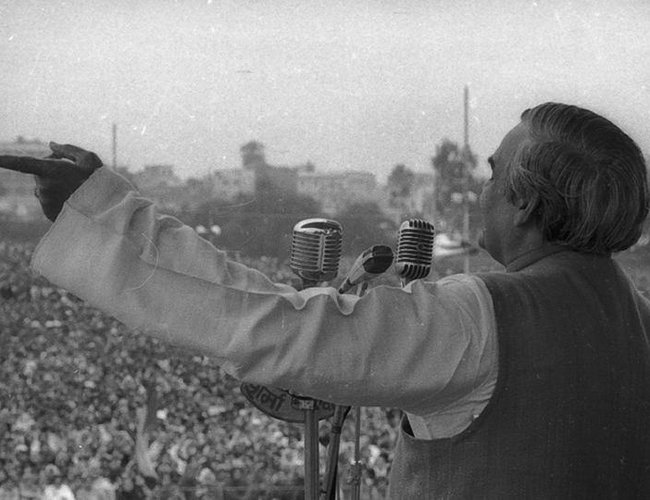 The last rites of former prime minister Atal Bihari Vajpayee will take place at 4 pm on Friday at Rashtriya Smriti Sthal in New Delhi. Police expect lakhs of mourners to reach central Delhi to pay homage to the leader who died at 93 in New Delhi on Thursday.

The body of the BJP veteran was kept overnight at his official residence -- 6 A Krishna Menon Marg and was taken to the BJP headquarters at Deen Dayal Upadhyay Marg at 9.30 am.

The funeral procession is expected to start from the BJP headquarters at 1pm and the last rites would be performed at 4pm, party president Amit Shah said.

Over 5,000 policemen and paramilitary personnel will form a multi-layer security cordon for a smooth passage of the funeral procession to the Rashtriya Smriti Sthal, the Delhi Police said.

Police personnel from each of Delhi’s 180 police stations have been drafted for security arrangements. Around two dozen of the anti-terror Parakram vans with commandoes will also be on duty.

Sniffer dogs, bomb detection and disposal squads, in coordination with the officials from the Special Protection Group (SPG) began sanitising the funeral route and the venue began Thursday evening, senior police officials said while ruling out inconvenience to the public.

The former PM’s mortal remains would be taken to the BJP headquarters at Pandit Deen Dayal Upadhyay Marg around noon. Delhi BJP leaders have said around 50,000-60,000 party members would be present at the party headquarters.

The body would then be taken to Rashtriya Smriti Sthal under heavy security around 4pm for the final rites.

The Union Cabinet had in May 2013 cleared a proposal to set up Rashtriya Smriti Sthal along the Yamuna river in central Delhi for performing last rites of departed national leaders and for setting up their memorials.

Areas around Krishna Menon Marg, Deen Dayal Upadhyay Marg and Rajghat would be closed in phases for traffic movement on Friday as the police expect lakhs of mourners to reach central Delhi to pay homage to former PM Atal Bihari Vajpayee.

Vajpayee’s body will be taken from his residence to the BJP headquarters on Deen Dayal Upadhyay Marg around 1pm.

Nepal Extends Lockdown Until June 14 And Suspended All Flights Till June 30 By NEW SPOTLIGHT ONLINE 1 day, 2 hours ago

More Than Half A Million Nepali Foreign Migrant Workers Registered For Repatriation By NEW SPOTLIGHT ONLINE 1 day, 15 hours ago