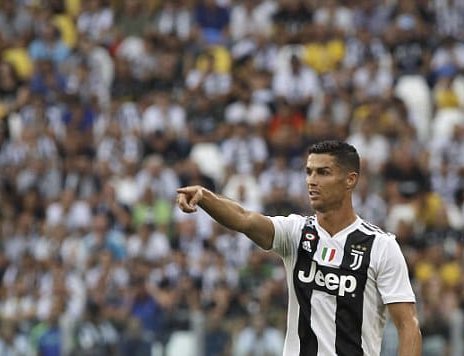 Cristiano Ronaldo missed an open goal but inadvertently provided an assist for Mario Mandzukic to score as titleholders Juventus beat Lazio 2-0 in Serie A on Saturday.

Juventus, chasing an eighth successive title, have six points from two games after a somewhat fortunate win, but Ronaldo is still waiting for his first goal since his move from Real Madrid.

Miralem Pjanic rifled Juventus ahead in the 30th minute with a shot from outside the area before the Turin side added a second in the 75th minute in untidy fashion.

Joao Cancelo's low cross from the right was partially intercepted by Lazio goalkeeper Thomas Strakosha but he succeeded only in pushing the ball to Ronaldo.

The Portuguese turned the ball towards goal with his right foot but his left heel blocked the shot and the ball rebounded into the path of Croatia World Cup forward Mandzukic, who swept it home.

The closest Ronaldo came to breaking his duck was with a vicious dipping effort on the turn in the 71st minute, but it was brilliantly turned over the bar by the Albanian goalkeeper. 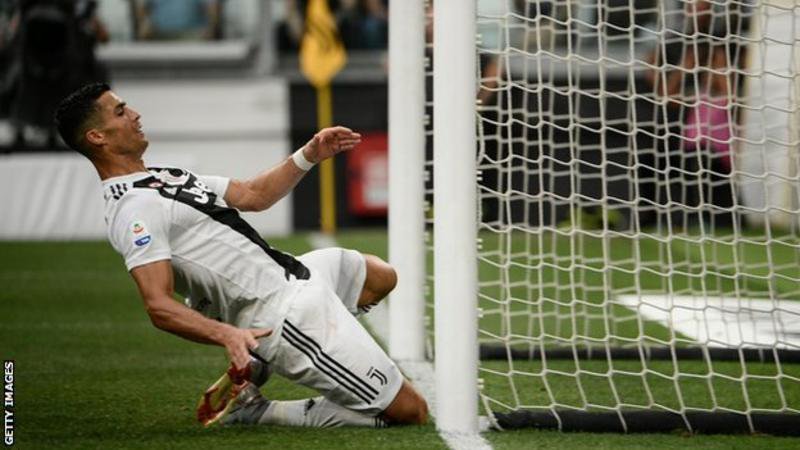 Juventus goalkeeper Wojciech Szczesny, again preferred ahead of new signing Mattia Perin, made two key saves in the first half, turning Senad Lulic's shot around the post and then charging out of his goal to block a dangerous Marco Parolo break.

"Italian football is completely different to in Spain. Ronaldo understands that and he is settling in very well," said Juventus coach Massimiliano Allegri.

"There was a risk of us getting carried away by the enthusiasm created by Ronaldo's first home appearance," added the coach, who picked Blaise Matuidi and Federico Bernardeschi ahead of Paulo Dybala and Juan Cuadrado.

"I have a very strong squad and have to evaluate everyone. We needed these characteristics in midfield today," he said. "There are times we are too frenetic and other moments when we go to sleep. We have to find a better balance."