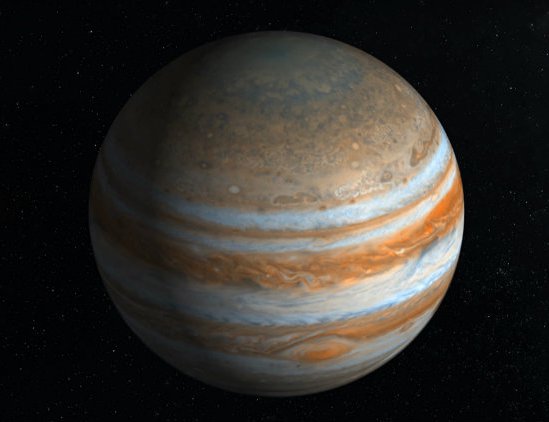 Looking at the depths of the Jupiter’s Great Red Spot, a storm that has been raging on the planet for over 350 years, NASA scientists have found water above the planet’s deepest clouds. The team led by Gordon l. Bjoraker, Astrophysicist at NASA’s Goddard Space flight center in Maryland, US, were looking from ground-based telescopes at wavelengths sensitive to thermal radiation leaking from the depths of Jupiter’s persistent storm, when they detected the chemical signatures of water above the planet’s deepest clouds.

The pressure of the water, combined with the measurements of another oxygen-bearing gas, carbon monoxide, imply that Jupiter has two to nine times more oxygen than the sun. This finding supports theoretical and computer-simulation models that have predicted abundant water (H2O) on Jupiter, the scientists said. “The moons that orbit Jupiter are mostly water ice, so the whole neighborhood has plenty of water. Why wouldn’t the planet — which is this huge gravity well, where everything falls into it — be water rich, too?” Bjoraker said in a statement.

The location of the water cloud, plus the amount of carbon monoxide that the researchers identified on Jupiter, confirms that Jupiter is rich in oxygen and, thus, water, Bjoraker explained. “Jupiter’s water abundance will tell us a lot about how the giant planet formed, but only if we can figure out how much water there is in the entire planet,” said Steven M. Levin, from NASA’s Jet Propulsion Laboratory in California. The revelation was stirring given that the team’s experiment could have easily failed. The Great Red Spot is full of dense clouds, which makes it hard for electromagnetic energy to escape and teach astronomers anything about the chemistry within.

“It turns out they’re not so thick that they block our ability to see deeply,” Bjoraker noted.

The data collected will supplement the information NASA’s Juno spacecraft is gathering as it circles the planet from north to south once every 53 days. If Juno returns similar water findings, thereby backing Bjoraker’s ground-based technique, it could open a new window into solving the water problem, said Goddard’s Amy Simon, a planetary atmospheres expert.

“If it works, then maybe we can apply it elsewhere, like Saturn, Uranus or Neptune, where we don’t have a Juno,” she said.

Hong Kong Protests: Schools Asked To Report On Support Measures For Students As Social Unrest Flares Up Again By Agencies 2 days, 14 hours ago 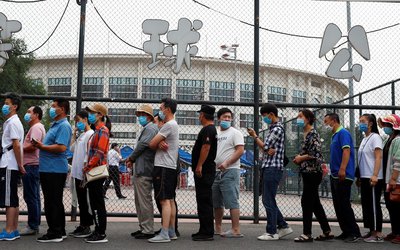 Did Beijing Market Coronavirus Cluster Begin In May? By NEW SPOTLIGHT ONLINE 3 days, 14 hours ago