Although the government has come to power on promise to provide stability, such an indication is nowhere to be seen 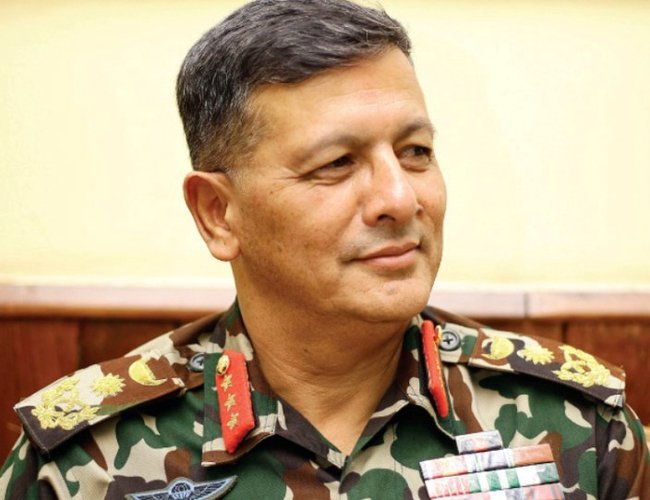 Most senior General of Nepal Army and currently acting COAS Purna Chandra Thapa will assume the position of COAS on September 9. General Thapa, who was born in Lamjung district, joined Nepal Army as Officer Cadet and Second Lieutenant. He is highly professional with vast international experiences and exposure.

With his professional competency, General Thapa also served as a force commander in UN Peacekeeping. Out of five Nepalese Army’s Lieutenant Generals, who served in UN as force commanders, Thapa is the first to be promoted as the Chief of Army Staff of Nepal Army.

Smiling all the time, soft spoken General Thapa is known for his high professionalism in Nepal Army as a good commander. For his strong commanding capability and experience, General Thapa was given a challenging role to lead the command of Kathmandu-Terai Express way, a mega project of Nepal.

General Thapa is a high class athlete, who prefers to take a long trek in the weekend. As a General he has closely seen the difficult phase of the peace process, army integration, earthquake, rescue and rehabilitation and now reconstruction. One of the good parts about him is that he has maintained very good relations with all his predecessor former chiefs and other Generals.

Because of his personal behavior and soft and sober nature, he has been able to secure the goodwill of his predecessors and colleagues. A professional commander, he is known for his disciplined life and dedication and commitment to his profession. Intellectually sound, he is also an avid reader of books.

Every Army General aspires to lead the 96,000-strong force with more than 250 years of history. General Thapa got this historic opportunity after the government decided to recommend acting Chief of the Army Staff (CoAS) Purna Chandra Thapa for the top position of the Nepal Army to be effective from September 9. A Cabinet meeting has already recommended Thapa for appointment as the COAS to President Bidhya Devi Bhandari.

On July 27, the government had recommended Lieutenant General Thapa as the Acting Chief of Army Staff, who had taken charge after the CoAS General Rajendra Chhetri stayed on leave since August 10.

CoAS Chhetri is formally retiring on September 9, and it’s a tradition of Nepal Army that the CoAS takes leave a month prior to his retirement.

One of the major challenges for new CoAS Thapa is to adjust and maintain speed of the over-saturated army, which is taking a bigger responsibility from the time of his predecessor General Chhetri. Highly professional and highly dedicated to institution, General Thapa will push the army forward in retaining its performance and dignity in UN Peacekeeping, nature conservation and prestige and respect in Nepal.

Resignation of Prime Minister Padma Shamsher and the Fate of his Constitution By Dr. Bipin Adhikari 2 weeks, 3 days ago

Resilience And Poverty In Kathmandu: The Story Of An Encounter By Benoît Clémencin 2 weeks, 4 days ago