The storm’s maximum sustained winds were clocked on Wednesday at 115 miles per hour (185 km per hour), down from a peak of 140 mph a day earlier before Florence was downgraded from a Category 4 on the five-step Saffir-Simpson scale of wind strength. 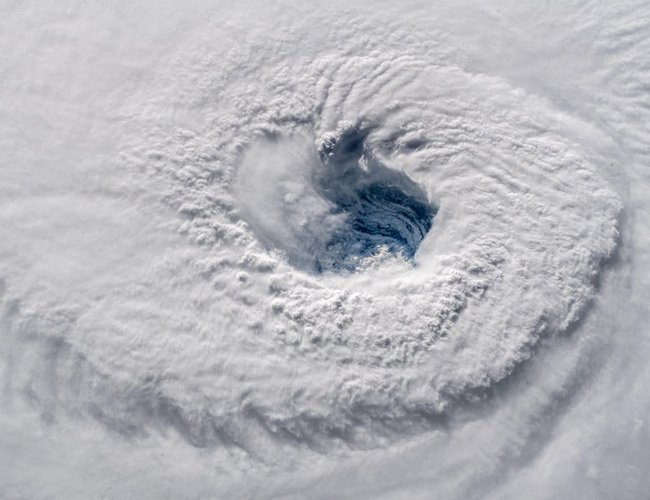 Hurricane Florence, growing in size and intensity, crept closer to the U.S. East Coast on Wednesday as disaster mobilizations expanded south from the Carolinas into Georgia to counter the threat of fierce winds, deadly high seas and calamitous floods.

The center of Florence, a slow-moving Category 3 hurricane, is expected to draw close to the North Carolina coast on Friday afternoon – perhaps lingering just offshore – then drift southwest along the shoreline before turning inland on Saturday, according to the National Hurricane Center in Miami.

The storm’s maximum sustained winds were clocked on Wednesday at 115 miles per hour (185 km per hour), down from a peak of 140 mph a day earlier before Florence was downgraded from a Category 4 on the five-step Saffir-Simpson scale of wind strength.

But the NHC warned that Florence still poses a deadly threat to a wide stretch of the U.S. Eastern Seaboard, from southern Georgia into southern Virginia, capable of unleashing rain-fueled catastrophic flooding of rivers and low-lying areas.

Although its peak winds diminished, forecasters said the storm’s total energy grew as its inner core and outlying bands of wind expanded. “The time to prepare is almost over,” North Carolina Governor Roy Cooper told a morning news conference. “Disaster is at the doorstep and it’s coming in.”

In addition to inundating the coast with wind-driven storm surges of seawater as high as 13 feet (4 meters) along the Carolina coast, Florence could dump 20 to 30 inches (51-76 cm) of rain, with up to 40 inches in parts of North Carolina, the NHC said. 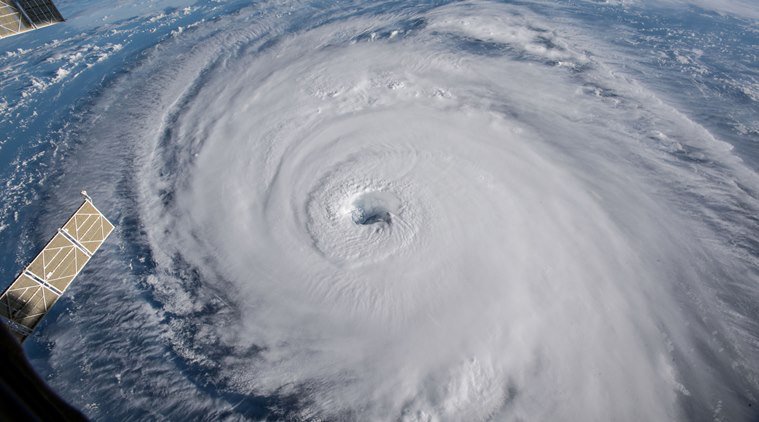 Downpours and flooding would be especially severe, lasting for days, if the storm stalls over land. Heavy rains were forecast to extend into the Appalachians, affecting parts of Alabama, Tennessee, Kentucky and West Virginia. Tens of thousands of homes and businesses could be flooded in North Carolina alone, Governor Cooper warned.

Georgia Governor Nathan Deal, concerned the storm would bring devastation south, issued an emergency declaration for all 159 counties in his state. Similar declarations were made earlier in North and South Carolina, Virginia, Maryland and the District of Columbia.

More than 1 million have been ordered to evacuate the coastlines of the Carolinas and Virginia. Authorities in Chatham County, Georgia, which borders South Carolina and includes the historic port city of Savannah, urged residents who feel unsafe “to evacuate as they see fit.”

An estimated 10 million people live in areas expected to be placed under a hurricane or storm advisory, said Marc Chenard of the U.S. Weather Prediction Center. The first tropical storm-force winds of at least 39 mph (63 kph) were forecast to hit the coast on Thursday.

Emergency preparations in the region included activating over 2,700 National Guard troops, stockpiling food, setting up shelters, switching traffic patterns so major roads led away from shore, and securing 16 nuclear power reactors in the Carolinas and Virginia.

Utility officials have warned that widespread power outages are likely and that it could take weeks to restore electricity. Wilmington, North Carolina, just north of where Florence appeared headed for shore, grew empty and quiet on Wednesday.

“I’m not approaching Florence from fear or panic,” said Brad Corpening, 35, who planned to ride out the storm in his boarded-up delicatessen in Wilmington. “It’s going to happen. We just need to figure out how to make it through.”

Officials in New Hanover County, which includes Wilmington, have stockpiled enough food and water for 60,000 people for four days, along with more than 28,000 tarps. Shelters in the city were filling and some people were being bused inland to Raleigh, even though some residents there were told they might have to evacuate because of flooding.

“It’s going to be bad,” said Woody White, a county commissioner. “But no matter how bad it’s going to be, it will pass and our job will be to rebuild this community together.”

Situation In China-India Border Area Is Stable And Under Control: Chinese Foreign Ministry By NEW SPOTLIGHT ONLINE 3 days, 17 hours ago

Japan To Lift State Of Emergency For All Areas By NEW SPOTLIGHT ONLINE 6 days, 16 hours ago