The last-minute decision of Prime Minister K.P. Sharma Oli to pull out from BIMSTEC military drill is a diplomatic blunder 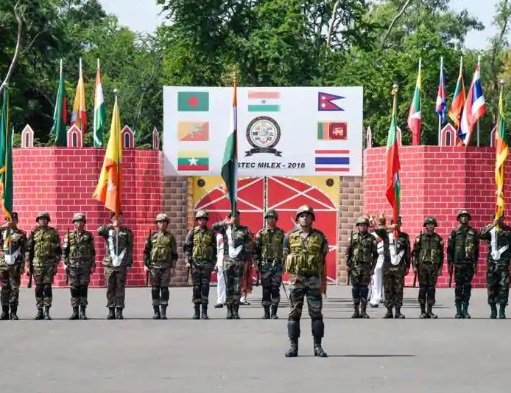 Had Prime Minister Oli taken Nepal’s stand and conveyed his own compulsion with PM Modi, Nepal would not have to face any kind of blames. Following the last minute cancellation of Nepal’s participation in BIMSTEC Military Drill, it hurt Indian PM Narendra Modi, who spared a long time praising Nepal’s Prime Minister Oli for his role in bringing Nepal-India relations back on track.

With the assurance of Nepalese Prime Minister Oli and former prime minister and co-chair of Nepal Communist Party Pushpa Kamal Dahal, who openly revealed in his recent interview how BJP leaders helped them to establish their cause and come to power, there is nothing to suspect for PM Modi about Nepal’s good intention.

No person having any common diplomatic sense can think that Nepal can make such a blunder on the last minute when Nepal’s contingent of Army was preparing to leave for Puna.

Indian Prime Minister Modi said all good words to PM Oli, who gave words to India that Nepal will join the drill, terming him as a great friend. However, this did not last long.

Less knowledgeable about statecraft, Oli took the decision when co-chair Dahal was still on his India visit. After the decision, the good relations turned sour. Indian media wrote the decision as a snub for India exposing the personal intimacy and good words.

Hong Kong based South China Morning Post wrote that Nepal’s last minute decision to withdraw from India-led regional military drills is indicative of the struggle facing the South Asian nation’s new government as it tries to strike a balance in its relations with India and China.

Sandwiched between the world’s two most populous countries, Nepal is in the early stages of a new democracy and while there might have been some suggestions of a political move towards Beijing and away from New Delhi, its new leaders appear yet to have found their feet.

In contrast, Nepal confirmed it would take part in Sagarmatha Friendship-2 joint exercise with China in the southwestern Chinese province of Sichuan until September 28.

“Speculation as to the strategic relevance of Oli’s decision has been growing, although the regional security watchers have said it should not be read as a clear shift in allegiance from India to China,” writes South China Morning Post.

Nepal and India have a long history of military cooperation and a joint force mans a 1,800km (1,120-mile) open border between the countries. Delhi has also been the major arms and ammunition provider to the Nepalese Army.

The military drill, which follows a BIMSTEC summit of leaders in Kathmandu earlier this month, came under criticism in Nepal as it was said to have sprung on the member countries – apparently there had been no discussion of the India-initiated proposal at the summit itself.

“India must end its kid-glove treatment of the communists in power in Nepal and consider them as a force inimical to its interests. New Delhi must disabuse the Nepali communists of their notion that they can sustain their hostility toward India without incurring any costs,” writes Brahma Chellaney, a well known strategic writer in his article.

Nepal’s absence from the weeklong platoon-level joint military exercise in the western Indian city of Pune will be a major diplomatic setback for Indian Prime Minister Narendra Modi who has been trying to woo back Nepal after a punishing Indian blockade in 2015. It will also equally be a setback to Prime Minister Oli.

Nepal’s current political despotism and Indian political establishment have nothing common except political interests. Ideologically, Nepalese political leaders believe in communists with historically suspicious views on India. There are thin lines of commonality among them. Given that situation, nothing can prevent the current type of political blunder that appeared in Nepal India relations in the future as well.