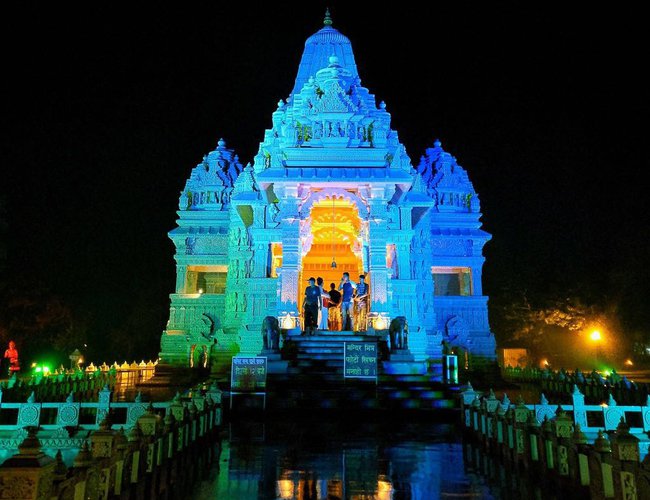 Founding Trustee and Chairperson of Chaudhary Group Binod Kumar Chaudhary expressed happiness over the contribution made by Shashwat Dham in tourism industry in Nepal in short period of establishment.

Receiving the Best Tourist Destination Award, Chaudhary thanked Ministry for the recognition and award. He said that Dham is in the process of adding many other heritages to make it more attractive. “We hope that Dham will be established as a main tourist destination in future,” said CG Chairperson Chaudhary.

Minister of Culture, Tourism and Civil Aviation Rabindra Adhikary conferred Best Tourism Destination Award to Shashwat Dham amid a function on the occasion of World Tourism Day 2075 at a program organized by the Ministry.

During the distribution ceremony, minister of state of Culture, Tourism and Civil Aviation Dhan Bahadur Budha and Chief Executive Officer of Nepal Tourism Board Deepak Joshi were also present.

The award is given to Dham’s highest contribution in tourism promotion in Nepal. Along with Nepal, there are rush of Indian tourists as well as a popular tourism destination.

According to a press release issued by Shashwat Dham, there visit a monthly 150,000 tourists. 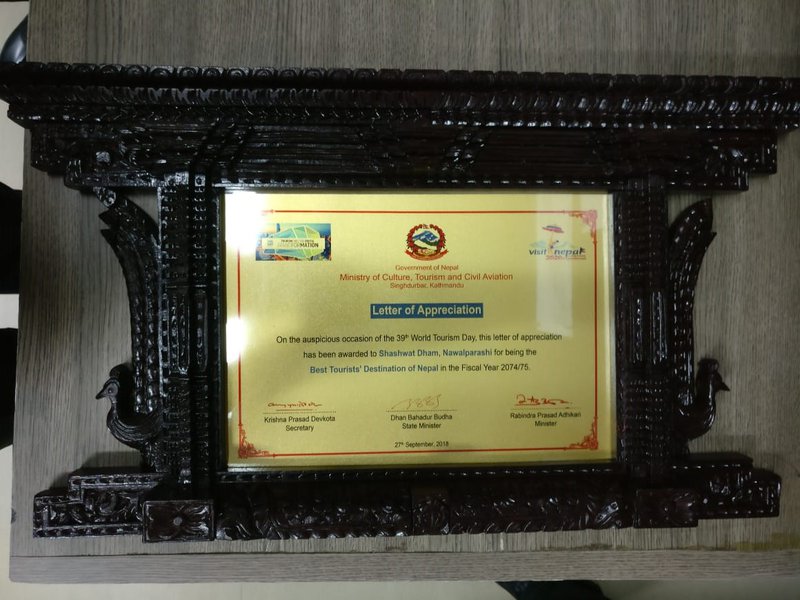