Malaysia Needs To Settle Some Issue With Nepal; Minister Kulasegaran

Malaysia Needs To Settle Some Issue With Nepal; Minister Kulasegaran 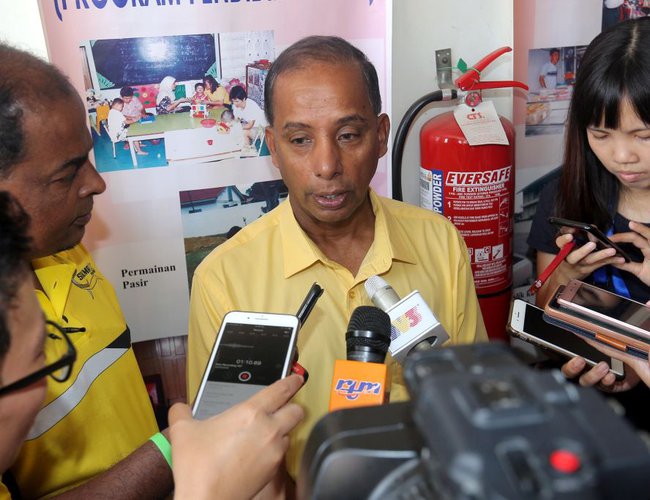 Malaysian Human Resource Minister M. Kula Segaran said that there are some restrictions that need to be settled first before signing MoU with Nepal.

Minister Kula Segaran said among the problems that need to be addressed include on salary and insurance for the foreign workers.

"Previous agreements with Bangladesh, Indonesia, Nepal, India have already expired except with Sri Lanka. Even though we intend to sign it (MoU), but there are some restrictions that need to be settled first," he said.

According to reports, Malaysia also constitutes the independent committee that coordinate the overall policies and management of foreign workers will begin its work on the second week of October.

"What we want to do is application of foreign workers to be faceless. Application can be done online without seeing any officers. If the applicant fulfills all requirement, they will be allowed to take in foreign workers," he added.

In a related matter, Kulasegaran said Malaysia was in the midst of finalising agreement with countries supplying foreign workers to the country.

Kula Segaran said the committee would travel around the country to gain insights on the hiring of foreign workers.

"This independent committee will make recommendations to the government after gaining views on foreign workers so that a holistic decision can be reached," he told reporters after launching the 2018 Charity Fun Fair at the Sekolah Semangat Maju Ipoh here Sunday (Sept 30) reports Malaysian newspaper The Star Online.

Japan To Celebrate May 26 As “Hirotaka Takeuchi 14 of 8000m Mountains Summit Day By NEW SPOTLIGHT ONLINE 6 hours, 32 minutes ago