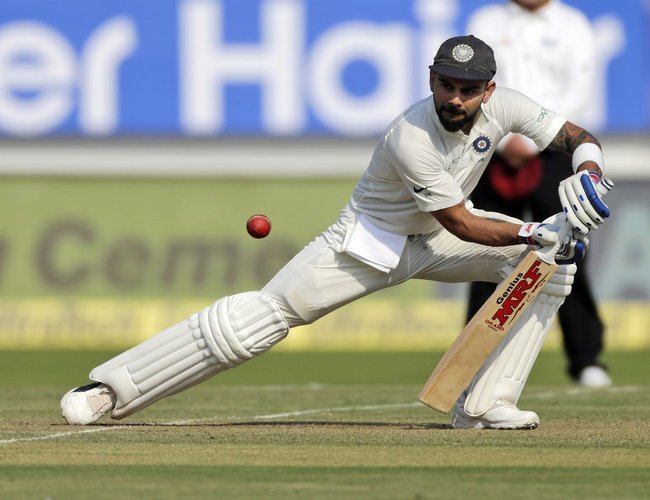 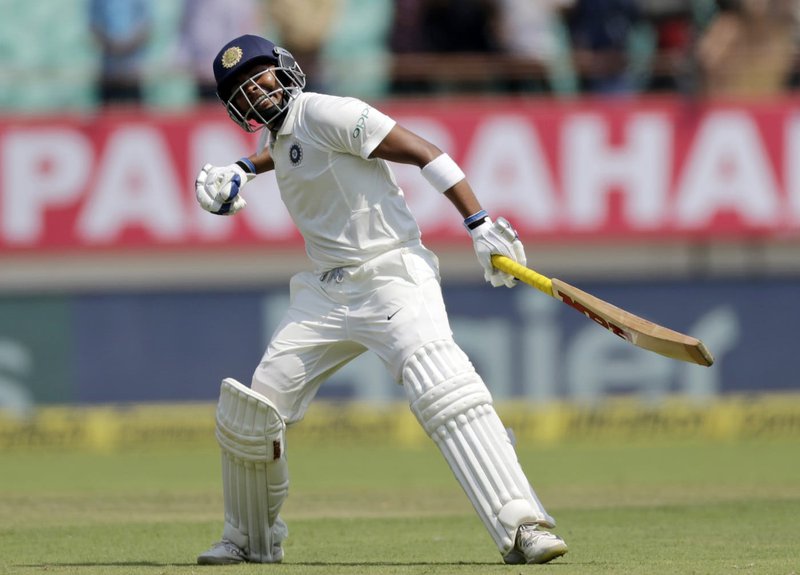 All-rounder Ravindra Jadeja hit his maiden Test ton, ending on 100 not out, with Rishabh Pant making 92 as India declared on 649-9 at tea in Rajkot. 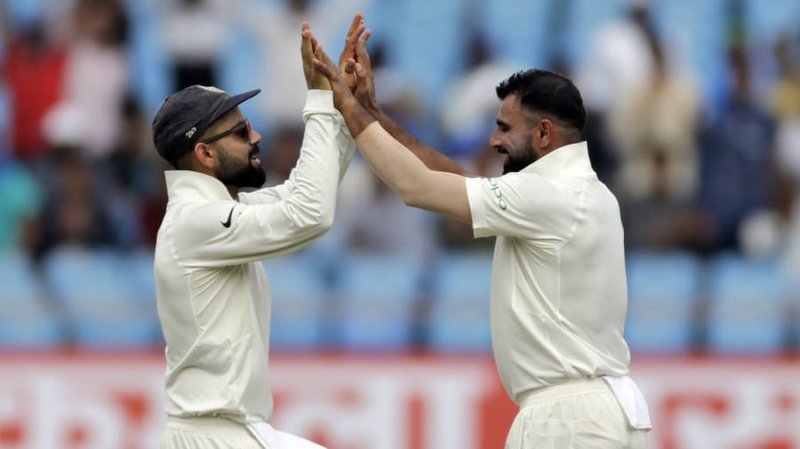 Shai Hope was then bowled by off-spinner Ravichandran Ashwin before Shimron Hetmyer was run out in farcical fashion, with both he and Sunil Ambris caught at the same end as Jadeja threw down the stumps.

Slow left-armer Jadeja had Ambris caught at first slip and left-arm wrist-spinner Kuldeep Yadav knocked over Shane Dowrich's stumps to leave the hosts battling to avoid an innings defeat in the first match of the two-Test series.

Resuming on 72 not out, Kohli calmly reached his century off 184 balls, moving above Virender Sehwag (23) to fourth place in the list of most Test hundreds for India and putting him behind only Sunil Gavaskar (34), Rahul Dravid (36) and Sachin Tendulkar (51). 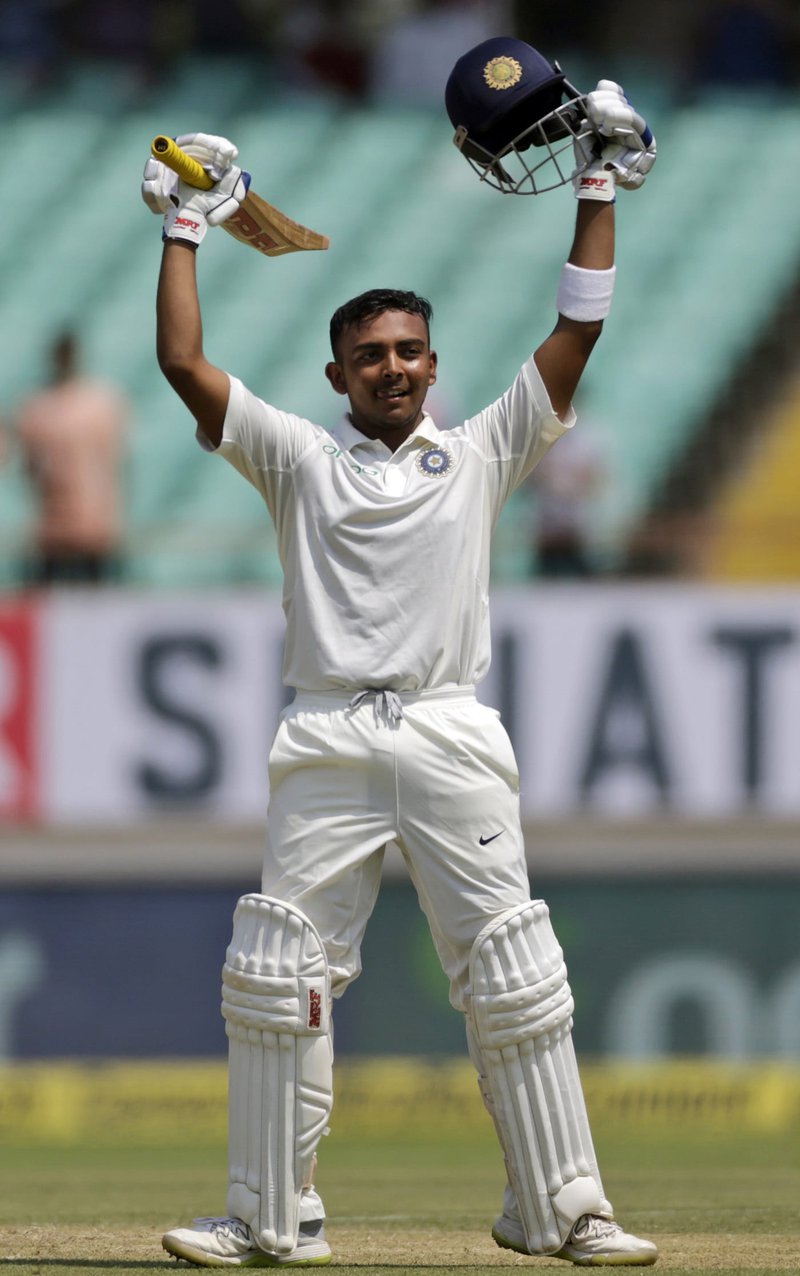 Kohli put on 133 with Pant, who smashed eight fours and four sixes in his 84-ball knock against an inexperienced attack, only to fall eight runs short of a second Test ton when he edged a Bishoo googly to Keemo Paul.

Jadeja steadily built towards his fifty before accelerating with India eight down, hitting five fours and five sixes as he dominated the strike to reach his ton off 132 balls.

Leg-spinner Bishoo removed Ashwin and Kuldeep to finish with four wickets, but had conceded 217 off his 54 overs.