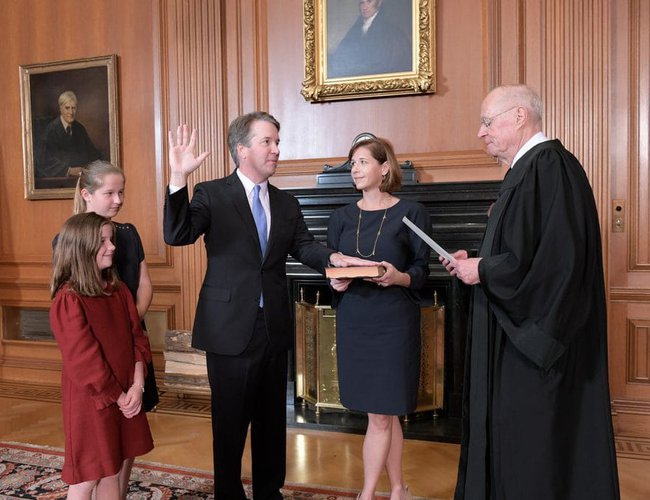 President Donald Trump's controversial nominee for the Supreme Court, Brett Kavanaugh, has been sworn in following weeks of rancorous debate.

The Senate earlier backed his nomination by 50 votes to 48.

Kavanaugh had been embroiled in a bitter battle to stave off claims of sexual assault, which he denies.

But after an 11th-hour investigation by the FBI into the allegations, enough wavering senators decided to support the nomination.

His confirmation hands Trump a political victory ahead of key mid-term elections in November.

Ahead of the vote, hundreds of people protested against Kavanaugh's nomination at the US Capitol in Washington.

During the vote, other protesters shouted "shame" from the public gallery and Vice-President Mike Pence had to call for order to be restored. 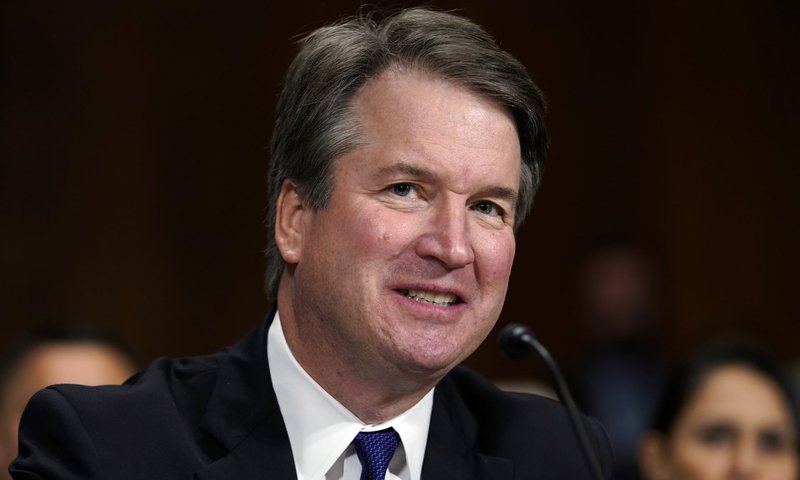 Kavanaugh's appointment is for life and he will strengthen conservative control of the nine-judge court, which has the final say on US law.

The 53 year old was sworn in on Saturday evening in a private ceremony at the Supreme Court. Chief Justice John Roberts administered the constitutional oath and retired justice Anthony Kennedy - whom Kavanaugh is replacing - administered the judicial oath.

Protesters had gathered outside the court and at one point some ran up the steps and banged on its ornate doors. Other demonstrators climbed on the nearby statue of justice.