South Asia Firms Up Its Growth Lead, Despite Budget Woes 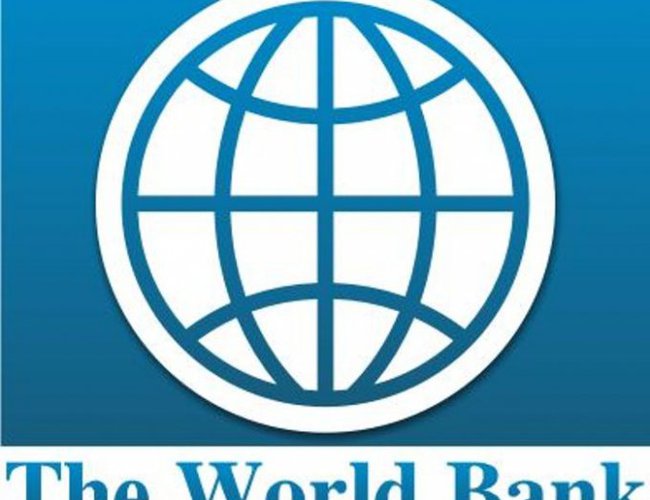 With growth topping 6.9 percent in 2018 and set to accelerate to 7.1 percent next year, South Asia is firming up its position as the world’s fastest-growing region, further extending its lead over East Asia and the Pacific, says the World Bank in its twice-a-year regional economic update.

The latest edition of the South Asia Economic Focus, Budget Crunch, finds however that the region’s growth performance is uneven across countries—with Afghanistan notably bucking the upward trend—and mainly driven by domestic demand.

According to a press release issued by The World Bank, Nepal’s economic activity is set to grow on average 6 percent over the medium term. However, performance could be less impressive if the challenging transition to a federalist system affects infrastructure provision and service delivery.

Further, the report warns that a more turbulent external environment, manifested by trade wars and capital outflows from emerging markets, calls for prudent economic policy and fiscal discipline. Instead, most South Asian countries generate low tax revenue and run large budget deficits, often made worse by economic shocks and election cycles. At 4.4 percent of its gross domestic product (GDP), South Asia’s fiscal deficit is projected to be the second largest in the world this year after the Middle East and North Africa region. The average fiscal deficit over the last three years has been around 5.5 percent in Pakistan and above 6 percent in Maldives, India, and Sri Lanka.

“Budget deficits in South Asia are among the highest in the world, and this could be storing up trouble for the future,” said Hartwig Schafer, World Bank Vice President for the South Asia Region. “South Asia’s fiscal weaknesses reduce its ability to address external shocks or economic slowdowns. It would be wise to use these good economic times for countries to get their budgets in better shape.”

While fiscal challenges vary across the region, the report notes that tax revenue is consistently low across most South Asian countries and at rates below that of other developing countries with a similar income per capita, sometimes by a vast margin. Although some countries have expanded their tax bases and curbed tax exemptions and fraud, revenue remains lower than government expenditures, creating large fiscal deficits that need to be financed through public borrowing.

According to a press release issued by the World Bank, together with public debt, hidden liabilities, arising from non-viable borrowing by state-owned enterprises, the failure of infrastructure projects involving the private sector, and non-performing loans in commercial banks, should be closely monitored.

While fiscal outcomes vary across the region, the fiscal situation in each country reveals more profound development challenges, which range from large security expenditures in conflict-affected countries, weak discipline by sub-national governments in federal states, to the high cost of service delivery in island nations.

“Substantial government spending is understandable, even beneficial if well-invested, given South Asia’s enormous development needs,” said Martin Rama, World Bank Chief Economist for the South Asia Region. “But South Asian economies need to address their fiscal challenges to give themselves room to maneuver and sustain their journey toward greater prosperity.”

Afghanistan. Growth is projected to pick up, but only to 3.2 percent by 2020. Importantly, this projection presumes a recovery of confidence after a temporary weakening due to security challenges and political uncertainty in the context of the upcoming parliamentary and presidential elections.

Bangladesh. Growth will be strong, driven by consumption and public investment, but it is projected to slow to an average of 6.9 percent over the forecast horizon. This is due to a projected slowdown of private investment and an increase of imports.

Bhutan. Growth will accelerate with the commissioning of two major hydropower projects, Mangdechhu and Punatsangchhu-II. The growth rate is projected to jump from 4.6 percent in this fiscal year to 7.6 percent in FY 2019/20, before moderating again to 6.4 percent in FY 2020/21.

India. Prompted by the adoption of the Goods and Services Tax and the recapitalization of banks, growth in India is firming up and it is projected to accelerate further. Growth is projected to rise to 7.3 percent in FY 2018/19, and to 7.5 percent in the following two years, with stronger private spending and export growth as the key drivers.

Maldives. Growth is projected at a strong 8.0 percent this year, based on the dynamism of the construction and tourism sectors. But is projected to decelerate in the next two years as new capital investment projects gradually begin to taper off.

Nepal. Economic activity is set to grow on average 6 percent over the medium term. However, performance could be less impressive if the challenging transition to a federalist system affects infrastructure provision and service delivery.

Pakistan. Macroeconomic stabilization policies will take a toll on growth this fiscal year. GDP growth is expected to fall to 4.8 percent in FY 2018/19, reflecting a tighter fiscal and monetary policy. However, with improved macroeconomic conditions, growth could reach 5.2 percent in FY 2019/20, provided that there is a firming of exports and continued implementation of CPEC.

Sri Lanka. Economic growth is projected to recover from the effects of last year’s weather disruptions, which negatively affected agriculture, and to remain around 4 percent in the next two years.

ILO: More Than One In Six Young People Out Of Work Due To COVID-19 By NEW SPOTLIGHT ONLINE 1 day, 14 hours ago