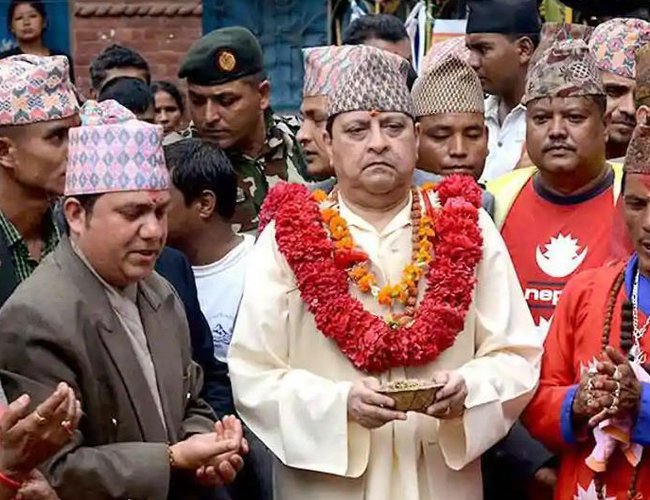 Former King Gyanendra and his wife Komal Shah have arrived in Mumbai, India to take part in Laxya Chandi Religious ceremony. According to news published in Deshsanchar, the ceremony is organized by Shivashakti Shahuleshwor Foundation.

The ritual will start from on 10 October and complete on October 18. Former King Gyanendra, former queen, former crown princes and former prince Hridayendra are in Mumbai to participate in spiritual ceremony on an invitation of foundation and its head.

According to organizer, over 100,000 visitors will expect to visit the religious program. Rahuleshworananda has been actively taking part in promotion of spiritualism in Nepal. He also holds the view that no one can secure salvation without meditating in Nepal. According to Anil Baba, head of Shiva Sena-Nepal, over 1000 Shiva Sena’s members are also participating in the event.

Nepal Propose A Bill To Restrict Free Mobility Of Indian Citizens In Nepal By NEW SPOTLIGHT ONLINE 2 days, 2 hours ago