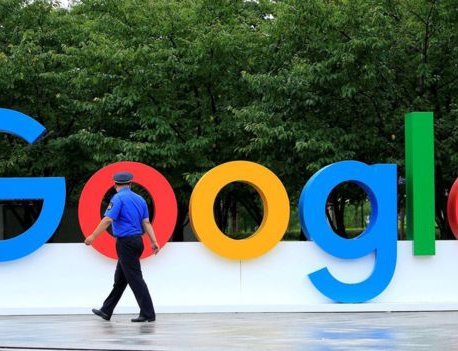 Google has sacked 48 people including 13 senior managers over sexual harassment claims since 2016.

In a letter to employees, chief executive Sundar Pichai said the tech giant was taking a "hard line" on inappropriate conduct.

The letter was in response to a New York Times report that Android creator Andy Rubin received a $90m exit package despite facing misconduct allegations.

A spokesman for Rubin denied the allegations, the newspaper said.

He was given what the paper described as a "hero's farewell" when he departed.

Pichai's letter said the New York Times story was "difficult to read" and that Google was "dead serious" about providing a "safe and inclusive workplace".

"We want to assure you that we review every single complaint about sexual harassment or inappropriate conduct, we investigate and we take action," he continued.

None of the employees dismissed in the past two years had received an exit package, Pichai added.

According to the New York Times, two unnamed Google executives said then-chief executive Larry Page asked Mr Rubin to resign after the company confirmed a complaint by a female employee about a sexual encounter in a hotel room in 2013.

A Google investigation found the woman's complaint to be credible, the paper reported, but the company has not confirmed this.

Rubin has said he did not engage in misconduct and left Google of his own accord.

The claims will add to the growing chorus denouncing sexist culture in male-dominated Silicon Valley.

Carolina Milanesi, an analyst at Creative Strategies in San Francisco, tweeted: "In a normal world this would mean Rubin is done, but tech has not just been forgiving, some tech sees little wrong with this.

"I'd like to think Google will clean up its act if anything to avoid having a retention problem with their female employees."

Shares in Alphabet, which owns Google, fell more than 3% in New York after it reported revenues of $33.7bn (£26.3bn) for the three months to September - slightly less than analysts had expected.