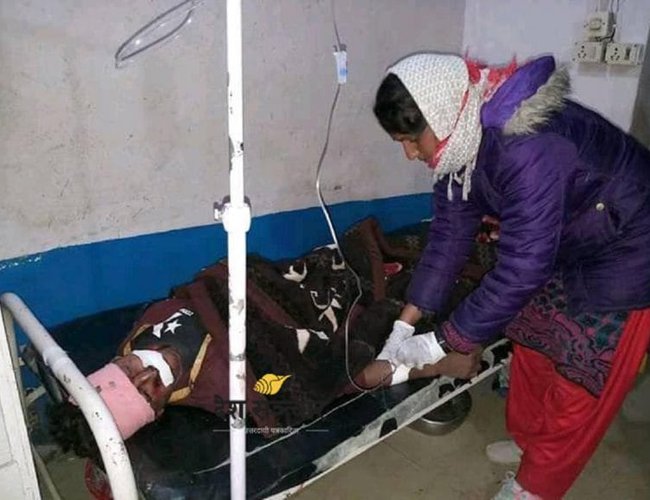 According to Nepal Police, 13 male and 5 female died in a bus accident in Raghuwa of Bhimdutta Municipality of Dadeldhura. Out of 27 injured in the accidents, the conditions of nine passengers are critical. Out of them 10 were taken to Zonal Hospital in Dhangadhi and 7 in Kohalpur Banke.

The bus is heading from Dadeldhura to Doti fell 150 meter from the road.

Karna Bahadur Sunar, 45, of Machhagadh of Bansgadhi Municipality-9 died in a bus accident in Khalla of Gulariya Municipality 9. 11 out of 17 injured in the accident were taken to Nepalgunj Nurshing Home. Seven were discharged after primary treatment.

Kailash Gurung, 56, and Suman Khanal, 43, died when the taxi they were travelling crashed in Sakhejung of Ilam Municipality 1 of Ilam district. Driver Ramesh Gurung, 30, a resident of Deumai Municipality, helper Sunil Gurung, 20, and Tulsi Kumar Basnet, 26, were admitted to Ilam Hospital for further treatment.

Three persons died including Jagadish Thakur, 45, a resident of Haripur Municipality died and 46 other injured after the bus they travelling crashed at Kamalakhola of Siraha district. Forty three injured in the accidents were admitted to Phulkumari Memorial Hospital in Siraha.

Prem Bahadur Tamang, 42, of Dhankuta Municipality-2 died after a pickup van he was travelling crashed in Community forestry in same areas. Fatebahadur Tamang, 39, who injured in the accidents, was admitted to Dhankuta Hospital.

Anil Pal, 42, a resident of Asfot India, died after a bus crashed in Malikarjun Rural Municipality 3. The bus plunged two hundred meters from the road. Seven other injured were admitted to Primary Health Care Center Gokuleshwor.